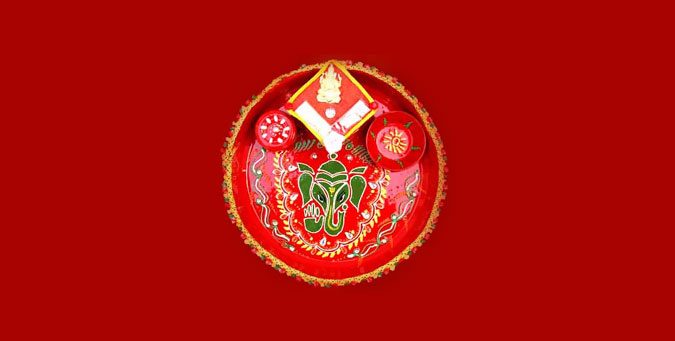 Diwali, the festival of lights, is a five day long celebrations. The fifth or the last day of diwali is Bhaiya Dooj, popularly know as Bhai Dooj. The reason why this festival is known as bhai dooj is that it falls on the second day after the new moon, that is the Dooj day. And it is a day to pray for the long life of the brother, which is referred as “bhayya or bhai”. According to religious scriptures, Yamaraj, the God of death, went to visit his sister's house after a long period of separation.

His sister, Yami was very happy to see him and welcomed him by putting an auspicious mark on his forehead for his welfare. Yami and Yamraj then shared a meal. He was so pleased with his sister's reception, he proclaimed that every year, on the dooj day, if a sister puts a tilak on her brother's forehead, then no one can harm her brother. Till date, this tradition is followed. Sisters perform puja for their brothers safety and well being. Brothers in return give gifts to their sisters as a token of love.

Another version Lord Krishna, after killing Narakasur, the asura king, went to meet his sister Subhadra. Subhadra welcomed him in the traditional way by showing him a light and putting on his forehead a tilak of her sisterly protection.

Some other legend says that Bhagawaan Mahavir found nirvana, his brother Raja Nandivardhan was very say and missed his brother a lot. Sister Sudarshana then comforted his brother. Since then, women have been revered during this festival.

The festival of Diwali is incomplete without bhai dooj. It is referred as “Bhaiyya-Duj” in the Hindi-speaking belt, “Bhav--Bij” in the Marathi-speaking communities, "Bhai fota" in Bengal and "Bhai-Tika" in Nepal.

The essence of the Bhai dooj festival is that it is celebrated to strengthen the love between brothers and sisters. It is a day of food-sharing, gift-giving and reaching out to the inner most depths of the hearts. Brothers and sisters indulge themselves on this day by gifting each other gifts. Varied gifts specially meant for bhai dooj is available in the market.

Special thanks to www.diwalifestival.org for the article
Image Courtesy iloveindia