Baba Ramdev may appeal against SC- launching another agitation in March 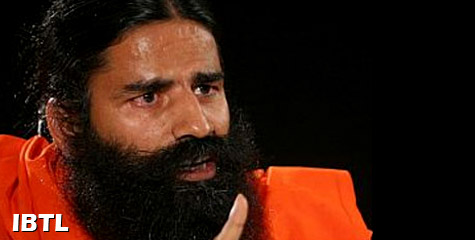 Yoga Guru Baba Ramdev is considering an appeal against the Supreme Court judgement that blamed him too for the violent crackdown on his supporters in Delhi's Ramlila ground last year. Speaking to reporters Sunday at the end of a day-long fast in protest against corruption, black money and illegal mining, Baba Ramdev said he was set to launch a decisive campaign against corruption in March.

"The court was given edited CCTV footage by police which had misguided the Supreme Court... My legal experts are considering an appeal against the verdict," Baba Ramdev said. In June 2011, Delhi Police stormed the Ramlila Maidan in Delhi when thousands of Ramdev's supporters had gathered there. The crackdown left a woman dead and many injured.

"I am launching another agitation in March. It will be an 'aar paar ki ladhai' this time," the yoga guru aid.

Baba Ramdev also said he would soon campaign for election reform, saying that those charged with moral, financial and other crimes should not be allowed to contest elections. He said in the next parliamentary polls he would be in a position to ensure that the corrupt and those with black money do not win at any cost.