Is Congress on its way out of power 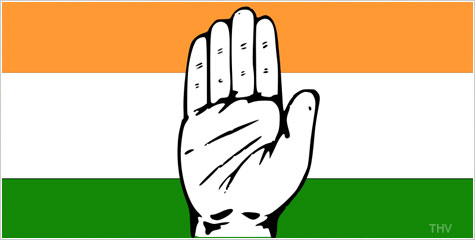 Prime Minister Manmohan Singh is talking of a “conspiracy” to topple his government. Why do these words sound so familiar? Because so many Prime Ministers before him have said the same when their non-governance becomes unacceptable to the people of India, and the government starts crumbling as a result. Of course it will be the irony of the times if Singh follows in the steps of his predecessors and goes on to blame the Americans for the ‘conspiracy’! He evaded questions on board his flight back from the US, about these conspirators, refusing to identify them.

Power, and untrammeled power at that, gives rise to hallucinations as politicians fight shy of accepting blame, and delve deep into conspiracy theories to justify their own non-governance. Look at the state of the Cabinet. No one listens to the Prime Minister. Two senior most Ministers are warring, with the blows drawing blood. Some are in jail for gigantic scams. Most of them are enjoying power without responsibility, in that nothing moves in their Ministries. Others are too occupied with party matters to give time to the portfolio they have been entrusted with. And all are currently watching their back.

Take the Congress party. Congress president Sonia Gandhi is not well, and while she has been selectively meeting the odd member the grapevine insists that she will be out of circulation for a long long while. Her son Rahul Gandhi continues to look for new pastures---the last being Jammu and Kashmir---for his charm offensive that somehow has failed to captivate the ordinary janta. Anna Hazare has taken away much of his gloss, with the Congress plans to make him lead the party into the next general elections being severely dented as a result. In short, the scion has failed to enthuse the people and the Congress is extremely worried about this. There is little point in speaking about the rest of the party, as apart from these two no one really matters.

Look at all the issues piling up. Corruption has become totally identified with the UPA government and despite the brave words of ‘conspiracy’ it refuses to let go of the party in power. Telengana is another yoke around its neck, and will have serious consequences against the Congress in the polls. The north east continues to simmer, Jammu and Kashmir is alienated and angry and the final straw on this camels back has been the Below the Poverty line figures. If there was any little drop left to be salvaged, it has disappeared with the government’s insistence to fix Rs 26 and Rs 32 as the BPL figures. It is so absurd in this day and age as prices continue to spiral out of control and inflation mounts. The government has not announced any comprehensive plan to tackle this, as the Prime Minister continues to talk of growth, and doles out assurances that things will all settle down. Tell that to the man living below the poverty line when he takes the governments Rs 32 in Delhi to buy wheat and some vegetable (dal is too costly) for his family of four!

The only one plus point for the Congress is that the BJP and the regional parties are in a similar mess. Corruption hounds the BJP as well as the leaders of these one man/woman parties. None of them have exactly covered themselves with glory on this front, with the BJP trying desperately to gain ground by aligning itself with movements of the Anna Hazare kind. It is not working right now with even the attempt to project Narendra Modi as a national leader finding sufficient resistance from the secular people of India, including important ally Nitish Kumar, Chief Minister of Bihar.

Non-governance is visible in every single day. The cameras that do not even work even at toll booths where a man shoots a toll operator dead and flees; a woman is raped in broad daylight in a moving car in Delhi; a woman drops into a pit full of water during the rains in the capital and is saved from drowning by a passerby; senior citizens are targeted and murdered in their home; and where basic facilities of running water, electricity, health care, good education still remain inaccessible to the people. Now not just in the villages, but also in the big towns and cities. Despite all the talk of growth, the basic infrastructure does not exist. Obviously those living in VVIP zones like the Prime Minister have no idea of what real life is all about, and like an economist said the other day perhaps he and his ministers should try living on the BPL figures they have so grandly fixed for the poor citizen of this country.

Ration cards,  driving licenses, registration of sale or rent leases---one has just to visit these offices to get a glimpse of the underbelly of ‘growing’ India. The offices lodged in crumbling barracks, the long queues in the heat, the lack of basic facilities like chairs or even water for senior citizens, the rough and nasty attitude of those manning these offices makes a visit for these essential documents a nightmare. Of course the representatives of the people in Parliament do not need to queue up, and hence the apathy and the indifference.

It is almost certain that the Congress is on its way out of power. Only those standing in line to replace it are as bad, or worse. This unfortunately has become the hallmark of Congress governance, the TINA (there is no alternative) factor that has ensured a certain arrogance of power because of which India cannot look at the mirror with her earlier sense of pride. It cannot get worse, they say, it has to get better. We can only hope ‘they’ are right.