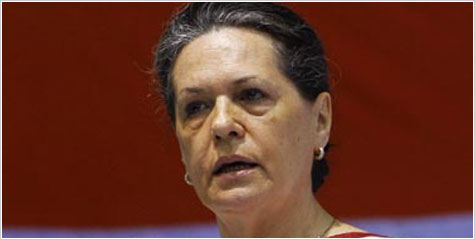 1. In public interest I am sending by Courier service a complaint in my name against Chairperson Ms. Sonia Gandhi of National Advisory Council, which has its office at 2 Motilal Place, New Delhi-110011, Tel: 23062582, and also against unnamed other members of the said NAC for committing offences of propagating hate against the Hindu community of India by circulating for enacting as law a Draft Bill described as PREVENTION OF COMMUNAL AND TARGETED VIOLENCE BILL OF 2011. This Draft Bill has been posted on the NAC official website, is dated July 21, 2011 and sent for adoption by Parliament. That this 2011 Draft Bill is mischievous in content of targeting the Hindu community, malafide, unreasonable and prejudicial to public order, is apparent from the second section of Explanatory Note [Annexed herein] to the Draft Bill titled “Key Provisions of the Bill”, thereby inciting crimes against the Hindu community with impunity, and thus committing offences u/s 153A & B, 295A and 505(2) of the Indian Penal Code.

2. The UPA Government in December, 2005 had introduced earlier a Draft Bill [2005] in the Parliament described as THE COMMUNAL VIOLENCE (PREVENTION, CONTROL AND REHABILITATION OF VICTIMS)  BILL (2005).

3. The Draft Bill however did not find favour with any Party.  Leaders of several political parties felt that the Draft Bill provided sweeping powers to the Central Government thus undermining the authority of the State Governments.  But the most vocal opposition to this draft Bill came from the Muslim, Christian and so called secular quarters.  Their contention was just the opposite of what the political leaders were saying.  The view of Muslim and Christian groups was that the 2005 Draft Bill was "completely toothless".  They demanded that the powers of managing communal violence be vested in non-government actors and make governments and administration at all levels accountable them for communal violence.

5. The Muslim bodies too joined in the protest campaign against the draft as being too weak.  They wanted provisions to make police and civil administration and state authorities "accountable" to public bodies.  The Joint Committee of Muslim Organizations for Empowerment (JCMOE) made the demand on behalf of these organizations.  JCMOE also urged the government to convene a meeting of leaders of "targeted communities" to note their views on the Bill as follows:

"The Bill does not make police or administration or state authorities accountable and provide for timely and effective intervention by the National Human Rights Commission, if the communal violence spreads or continues for weeks, or by the Central Government under Articles 355 and 356 of the Constitution, duly modified.  On the other hand, ironically, the Bill grants more power to the local police and administration, which, more often than not acts in league with the rioters by declaring the area as communally disturbed area JCMOE statement said.

6. It is interesting to note that these two statements, the Muslim and the Christian, come at around the same time as though they were premeditated. They probably were.

7. From their arguments in opposition to the Draft Bill, it is clear that they wanted a Bill that would consider only the Christians and Muslims as the "generally targeted" victims of communal violence; and that the word 'communal violence' be re-defined in such a way that only the Muslims and Christians are treated as victims and Hindus as predators, and that the local police and administration, including the State administration, considered hand-in-glove with the perpetrators of violence. Hence the Bill should empower the Central Government to invoke Art. 355 and 356 of the Constitution against any state in the event of such communal violence.

8.Since the Prevention of Communal Violence Bill (2005) does not discriminate between the perpetrators and victims of communal violence on religious grounds and also it does not envisage the State administration as committed in preventing such violence, these groups wanted the Bill to be withdrawn.

9.The National Advisory Council  (NAC) was re-constituted in 2009 by the UPA Government again under the chairmanship of Ms. Sonia Gandhi. The UPA Government promptly handed over the re-drafting of the Bill to the newly constituted NAC and asked it to come up with a fresh draft.

10.The basic communally provocative premise of the re-drafted Bill is that: a) there is a non-dominant group in every State in the form of religious and linguistic minority which is always a victim of violence; b) the dominant majority (usually Hindus) in the State is always the perpetrator of violence; and c) the State administration is, as a rule, biased against the non-dominant group.

11.The object of the re-drafted Bill thus was the basic premise of the NAC that the majority community – read Hindus – are the perpetrators of communal violence in India and the minority – read Muslims and Christians – are the victims, clearly  is  incitement of religious strife.

12.What is more important is to conclude is that in all cases of communal and targeted violence, dominant religious and linguistic group at the State level is always the perpetrator and the other the victims.  Similarly the conclusion that the State machinery is invariably and always biased against the non-dominant group is a gross misstatement of the sincerity and commitment of millions of people who form State administration in the country.

13. This dangerous premise is the incitement of communal strife in this Bill.

14. One can safely conclude that the script writers of this Bill are themselves blinded with religious biases.  In India communal violence happens mostly because of politico-communal reasons.  In many instances, as documented by several Commissions of Inquiry, it is the so-called minority group that triggers the trouble.  We hence need laws that can prevent such violence irrespective of whoever perpetrates it.  To argue that since the administration is always biased in favour of the dominant group we need acts that are biased in favour of the non-dominant group is imprudent and puerile.

15. The final Draft is available on the NAC website now.  One is not sure when the same will be placed before the Parliament.  However, a close scrutiny of the Draft is essential to understand the serious implications of and threats from it to our national integration, social harmony and Constitutional Federalism.

16. This Bill when it becomes an Act will apply to whole country except the State of Jammu and Kashmir.  Note that J&K is one of the two States in India (excluding the North East and other tiny UTs) that has Hindus as minority – the 'non-dominant group' according to this Bill. Punjab is the other State where the Sikhs constitute the majority, while in the rest of the entire country it is the Hindus who constitute 'dominant group' and by implication the perpetrators of communal violence, according to this Draft Bill.

17. The mischief in the drafting primarily lies in the 'Definitions' part contained in Art.3 of the first chapter.  Art. 3 (c ) defines Communal and Targeted Violence as under:-

"Communal and targeted violence" means and includes any act or series of acts, whether spontaneous or planned, resulting in injury or harm to the person and or property knowingly directed against any person by virtue of his or her membership of any group".

18. The mischief is centered round the word 'Group'. Art 3(e) defines what constitutes a Group.

"Group" means a religious or linguistic minority, in any State in the Union of India, or Scheduled Castes and Scheduled Tribes within the meaning of clauses of the Constitution of India;

19. Having thus established that the individual member of the Minority community is always considered a part of the Minority group the Draft Bill goes on to add several detrimental clauses subsequently.  Art.3 (f) defines ‘Hostile environment against a group thus:

"Hostile environment against a group" means an intimidating or coercive environment that is created when a person belonging to any group as defined under this Act, by virtue of his or her membership of that group, is subjected to any of the following acts:

(i) Boycott of the trade or business of such person or making it otherwise difficult for him or her to earn a living; or

(ii) Publicly humilitate such person through exclusion from public services, including education, health and transportation of any act of indignity; or

(iii) Deprive or threaten to deprive such person of his or her fundamental rights;

(iv) Force such person to leave his or her home or place of ordinary residence or livlihood without his or her express consent; or

(v) Any other act, whether or not it amounts to an offence under this Act, that has the purpose or effect of creating an intimidating, hostile or offensive environment."

Note the Clause (v) – Any other act, whether or not it amounts to an offence under this Act.  The intention here seems to be to make anything and everything an offence, even if it doesn't come under any definition of an offence.  It is clear that the entire definition of hostile environment is malafide.

Clause (k) defines who is a 'victim'. Here the draft makers are very explicit:

"victim" means any person belonging to a group as defined under this Act, who has suffered physical, mental, psychological or monetary harm or harm to his or hr property as a result of the commission of any offence under this Act, and includes his or her relatives, legal guardian and legal heirs, wherever appropriate;

"Victim" can only be belonging to a 'group' as defined under this Act.  And the group as defined under this Act is the Minority – the 'non-dominant group'.  That means this act will consider only the Minority as the victims.  And he or she will become a victim if he or she has suffered physical, mental, psychological or monetary harm Now, physical harm is measurable, mental harm is difficult to gauge, but how on earth  can anyone define psychological harm?  The Bill does not define it.  Then how can be so-called psychological harm be one of the reasons for victimhood?

Similarly, Art. 4 (a) states as follows:

4. Knowledge. – A person is said to knowingly direct any act against a person belonging to a group by virtue of such person’s membership of that group where;

(a) He or she means to engage in the conduct against a person he or she knows belongs to that group;

20. Art 7 of the draft Bill defines 'sexual assault'.  It is by far the most widely covered definition that is very much needed to protect women from becoming targets of sexual violence as part of communal violence. But against the problem is that this definition is applicable to the women belonging to Minority group and women of the Majority community cannot benefit from it. Secondly, it also states that in a case of communal violence sex by consent also can be construed as a crime.

21. Patriotic Indians now realize that the present draft Bill is a standing proof that neo Jinnah-ism – the belief that the minority is perpetually oppressed in India by the Hindu majority – is still poisoning our minds even today by mischievous minds.

22. The present Draft Bill will only promote disharmony. With these kind of laws the LeTs and Hujls across the border need not have to promote terrorism in our territory anymore.  All that they need to do is to encourage a minor communal riot and they can achieve what they want – huge rift between the Majority and Minority communities.

24. It is significant that even well known persons of secular credentials have condemned this Bill as divisive. The Tamil Nadu Chief Minister Ms. J. Jayalalitha has in a Press Release dated July 29, 2011 [Annexed] has concluded that "the remedy sought [in the Draft Bill] to be provided against communal and targeted violence is worse than the disease itself".

25.Therefore, this complaint be taken as a basis to register an FIR and conduct investigation into the communal mentality of the NAC chairperson Ms. Sonia Gandhi and other members and take necessary action under the law to prosecute the offenders under the cited sections of the IPC.