The Great Indian loot by Britishers : GDP Record speaks for itself 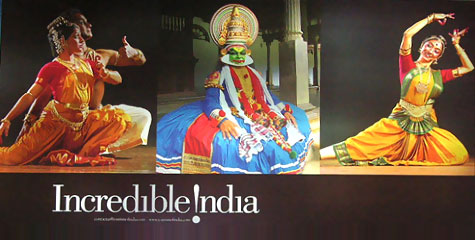 When we look at scientists who are credited with the most important ideas of our time we find mainly Greeks, Europeans, Americans listed. Yet western history seems to have been arbitrarily begun during the Greek era. In fact, when we extend the boundaries of history to view the longer span of history we find some amazing developments predating "modern" history originating in India more than 5,000 years ago.

The ancient thinkers of India were not only scientists and mathematicians, but also deeply religious, esteemed saints of their time. While it may surprise some to think of religious sages as mundane scientists, the Indian view is that religion (universal) and science are but two sides of the same coin - in short…semantics. Whether one calls a natural phenomena wind or the wind god - Vayu - one is speaking of the same thing.

Yet it seems that having a spiritual foundation not only brought out important discoveries still in use today, but these discoveries also were helpful without causing harm or destruction.

by Swami Sada Shiva Tirtha ...
Swami Sadashiva Tirtha is an American Hindu monk, author, Ayurveda practitioner and a lifelong devotee, who lives in 'sacred solitude' in the state of New York and counsels the needy...