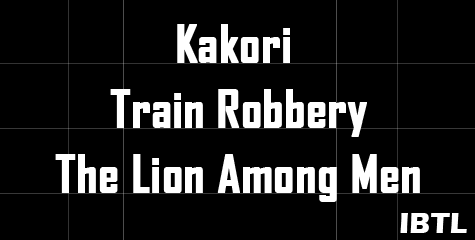 On August 9, 1925 when the No.8 Down Train from Shahjahanpur to Lucknow was approaching Kakori , some one pulled the chain and the train stopped abruptly. Ashfaqulla got off the second class compartment with his friends Sachindra Bakshi and Rajendra Lahiri.

He had done the first part of his duty in the Kakori plot that day.

The guard got down to find out in which compartment the chain had been pulled and why. Two revolutionaries fell on him and made him lie down on his face. Two others pushed the driver from the engine to the ground and stood guard over him. One revolutionary stood at each end of the train and both fired shots with their pistols. In the meantime they shouted, "Travellers, do not be afraid. We are revolutionaries fighting for freedom. Your lives, money and honour are safe. But take care not to peep out of the train".

Four young men entered the guard’s van. They managed to push the box to the ground. It had a strong lock. There was an opening on the top; through this opening they could drop moneybags into it. But nothing could be taken out of it.The revolutionaries started dealing blows with hammers to break it open. Ashfaq was the strongest of the group and ran towards the box. He dealt blows after blows on the opening of the box to widen it.

Suddenly they heard the sound of a train coming from Lucknow. Ramaprasad was frightened for a moment. He trembled at the thought of the moving train colliding with the train they had stopped.

All eyes were on Ramaprasad. He ordered, "Stop firing. Turn down the pistols. Do not strike the box. Ashfaq, wait a little". The few minutes were like an age. The fast moving train passed by on the other track. The slit in the box was widened and the moneybags were taken out. During this time all passengers remained quiet including the British officers thinking that a big gang of dacoits had attacked the train.

The safe lay open. They were busy taking out the moneybags bundling them in rugs. Some of them walked towards Lucknow with the bundles on their head. Just ten young men had done this difficult job because of their courage, discipline and patience, leadership and, above all, love for the country. They had written a memorable chapter in the history of India’s fight for freedom. These revolutionaries were Ramaprasad Bismil, Rajendra Lahiri, Thakur Roshan Singh, Sachindra Bakshi, Chandra Sekhar Azad, Keshab Chakravarty, Banwari Lal, Mukundi Lal, Manmath Nath Gupta and Ashfaqulla Khan.

A month passed after the Kakori dacoity, and yet no one was arrested. But the Government had spread a big net.

On the morning of September 26, 1925 Ramaprasad was arrested. Before the police could arrest Ashfaq, he had escaped from his home and hid in a sugarcane field half a mile from his home. The police grew tired of searching for Ashfaq. All except Ashfaq had been taken into custody. He managed to reach Kashi after a difficult journey and met a few friends in the Benares University. They advised him to live quietly at least for some time. With the help of these friends he went to Bihar. He got a job as a clerk in an engineering firm at Daltonganj in Palamau district. He worked in the firm for about ten months. This long and forced rest became tiresome for him. So he went to Delhi to find out how he could go abroad and began making preparations. He met a Pathan friend from Shahjahanpur. They had been classmates at school. He was happy to meet Ashfaq after a long time. He took Ashfaq to his room and ordered a nice meal for him. They went on talking about old times till 11 o’ clock at night. Then Ashfaq went back to his room.

The next morning Ashfaq was sound asleep. Suddenly there was a loud knock. Ashfaq was still sleepy-eyed as he opened the door. And at once he fell into the hands of the police. Friendship, duty and even the feeling of belonging to the same place – none of these could check the Pathan’s greed for money. The Pathan had fed him, talked to him in a very friendly way and then had handed Ashfaq to the police.

The police wanted to use Ashfaq to suit their plans; they tried very hard to do so. An army officer, Tasadruk Khan, was in the police department and had rendered useful service to the British as their agent in Arabia during the First World War. He met Ashfaq in prison and tried to make him agree to give evidence against his former friends. But Ashfaq did not like his advice. The police charge -sheeted him in the court. By this time the Kakori case had progressed much; the case against Ashfaq was combined with it. A committee had been formed to defend the accused in the main case. Motilal Nehru was the chairman. There were eminent men like Jawaharlal, Sriprakasha, Acharya Narendra Dev, Govind Ballabh Pant and Chandra Bhanu Gupta on the committee.

Life in prison had made Ashfaq very pious. He said his prayers regularly and during Ramzan fasted very strictly. The main case and the complementary case relating to the Kakori train robbery came to an end. The Court of Justice under the British rule gave its judgement. Ramaprasad Bismil, Ashfaqulla Khan, Rajendra Lahiri and Roshan Singh were to be put to death; the others were given life sentences.

The whole country protested against the death sentences. Members of the Central Legislature petitioned the Viceroy to reduce their death sentences into life sentences. Appeals were sent to the Privy council, the highest court in those days. But British imperialism was thirsting for the blood of the Indian revolutionaries.

The four revolutionaries sentenced to death died with a smile on their lips and a prayer that they be born again in India so that they could fight again for the country’s freedom. And so they became martyrs.

Ashfaq and Ramaprasad were poets just as they were revolutionaries. Ashfaq had composed poems mostly in Urdu and a few in Hindi. His pen names were Varasi and Hazarat. Ashfaqulla was an ideal revolutionary. His devotion to the cause he admired made him the foremost among those who gave their lives to win freedom for the country. Love for the motherland, clear thinking, courage, firmness and loyalty were embodied in Ashfaq to the hilt. He deserves to be remembered and cherished by all Indians for his noble qualities.