How can we recognize a Jivanmukta? - Swami Vivekananda 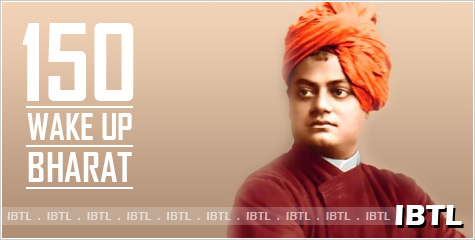 How can we recognize a Jivanmukta?
"Recognizing" a Jivanmukta can be difficult if not purely subjective. Although "inner" change is uniform in the enlightened state (absence of ignorance re: one's true nature) it's "outer" manifestation can take various forms. Not everyone could recognize even Ramakrishna's divinity in his lifetime and even afterward--and he was not just a jivanmukta, he was an avatara! So there is no reason to suppose everyone can recognize a jivanmukta when they see one. And it is not necessary either. The point is that, according to Vedantic understanding of reality and the human situation, it is possible to be "free" here and now. Enlightenment doesn't have to be an after- death experience. If that were to be so, there would be no enlightened teachers around, as they would drop dead the moment they attained enlightenment. Whether or not we meet a jivanmukta or can recognize one in our lifetime, according to Vedanta each of us has the potential to become a jivanmukta ourselves. When we become jivanmuktas, I don't think we'd care if anyone recognized us as such or feel offended if they didn't. Nor would we want to advertise our achievement. The "I" of a jivanmukta is very different from the "I" of an unenlightened person.

I have found Dvaita (dualism), Advaita (nondualism), and Vishishtadvaita (qualified nondualism) on the Web. Please explain the differences among these three philosophies and the implications of each of the philosophies for the spiritual seeker.
The basic difference between these philosophies is in how we understand our self. With Dvaita we look upon our self as one soul among many souls which are all different and separate from God. With Vishishtadvaita, we regard our soul as a part of God. With Advaita, we realize that the Soul or Self is non-different from the Absolute or Brahman. One implication of the three philosophies is that there is a progression in the awareness of our spiritual nature culminating in the unitive nondual realization in which the sense of separation and difference fades away and disappears in the Advaitic realization.

Who is a Jivanmukta?
Which Vedanta texts refer to the concept of a Jivanmukta?
Translated literally, the Sanskrit word "Jivanmukta" means "living-free": it's an epithet given to a person who becomes spiritually enlightened, because only such a person is really "free" in the truest sense of the term. We don't have to die in order to taste this freedom. We can experience it right here, right now. Such spiritually free people do exist in every generation and it is they who keep the lamp of spirituality burning brightly. The concept of Jivanmukta appears in many Vedanta texts. See especially the following Upanishads: Brihadaranyaka 3.8.10 and 4.4.14, Kena 2.3.5, Katha 2.3.4; and the Gita 5.23 and 5.26. In addition, of course, see the characteristics of the Sthitaprajna (a person of "established wisdom") Gita 2:55-70, which describe how a Jivanmukta lives. The jivanmukta category is also identified with a person who has gone "beyond the gunas" (gunatita) in the Gita and the characteristic of such a person are also given. The "Vivekachudamani" and other Vedanta works also describe (usually toward the end) the characteristic of a jivanmukta. There is one entire text titled "Jivanmukti- Viveka" which deals with this subject.