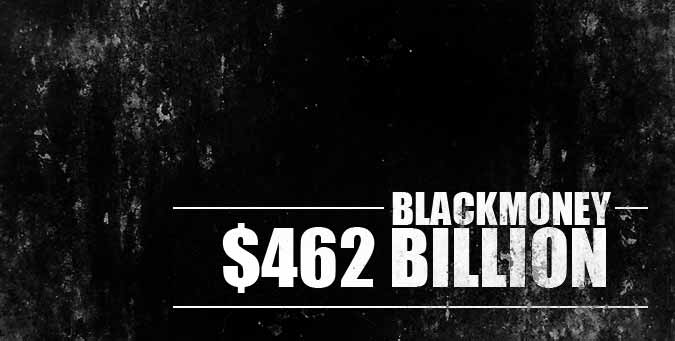 Though corruption was prevalent in India since the 1970s, it climbed unbelievable heights after 1992 when the Indian government adopted a neoliberal economic policy, noted Gurumurthy speaking on the topic 'Stashing Away of Black Money in Foreign Countries' at a function organised here by 'We The People of India'."The judiciary or selfless individuals can fight only to a certain extent against injustice. But only people's power, if synchronised with proactive media, can eradicate corruption," he said.

"Earlier, people who indulged in corruption had a sense of fear, but nowadays, instead of fear they show off in public. To bring back this fear, people should unite to fight against corruption," he said. Tracing the black money trail abroad chronologically, Gurumurthy said when V P Singh was the finance minister in 1986, he announced that 25 per cent of the black money stashed abroad would be given as reward to any organisation that gave details of Indians who involved in this sort of corruption. He was removed from the post three months after the announcement. But selfless individuals like Ramnath Goenka, founder of The Indian Express, and a few others did not give up, their fight against corruption.

The shocking revelation on Indian black money hoarded abroad came to light when an organisation called the 'Global Financial Integrity' announced that between 1948 and 2008, black money amounting to $462 billion from India had been stashed abroad, he said. Incidentally, he said, it was only after 1992 that 80 per cent of black money from India was being stashed abroad. He asked people not to presume that industrialists and politicians were doing to it to evade tax. "We have a friendly tax system. But, most of the money hoarded abroad was due to corruption and criminal activities" Besides, the issue of black money had affected several Western countries due to the market economy.

They, however, woke up only after the financial crisis in 2008. Although leading G20 countries like France and Germany were campaigning to put an end to the issue, the US was not showing any interest because of its habit on borrowing money from other countries, he explained. Gurumurthy said that the world has woken up to the danger of black money and it was time people’s power in India put a decisive end to corruption.