Formation of Telangana will also help Seemandhra, BJP lists how 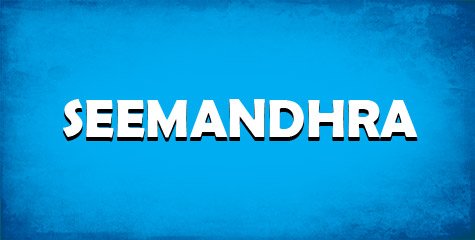 BJP, after having given unequivocal support to the creation of Telangana, has even come forward for the development of the remaining parts of Andhra Pradesh viz. Coastal Andhra and Rayalseema which the BJP has given a name, Seemandhra. The party has come out with a booklet “Pragatiki Sopaanam - Pratyeka Seemandhra”, stating how Coastal Andhra and Rayalseema will develop in the event of a separate Telangana state being created.

The booklet lists several benefits Seemandhra people would get after the division of the state. They are:

# The state capital within their area would save time and money on travelling. A New High Court in the vicinity will help litigants as well as advocates.

# Setting up of new Central universities will help students get access to technical education at their native places due to setting up of IIT, NIT, IIM etc. premier institutions.

# Creation of new districts will also be possible in a new state, which will take administration closer to people. A superspeciality hospital can be constructed on the lines of NIMS and Osmanian in Hyderabad.

# IT industries can be developed in Anantapur and Chittoor districts, which are very close to Bangalore and Chennai. New districts like Nandyala, Tirupati, Puttaparthi and Proddatur can be created in Rayalaseema.

# Rayalaseema which has several religious tourist spots can be developed as a tourist hub and big employment potential can be created.

# Seemandhra state will be a tribute to the 400 odd martyrs who sacrificed their lives during the Jai Andhra Movement of 1972.

BJP state president G Kishan Reddy said that the objective of the booklet is to dispel the notion that Seemandhra region will stand to lose if Telangana is formed, which is actually the reason for its opposition to Telangana demand. The oppositioni to bifurcation is based largely on misinformation.