The special case of Social Justice in India 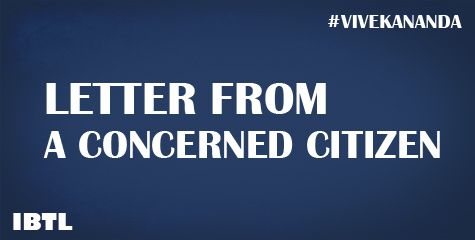 I do not believe in a God or religion which cannot wipe the widow's tears or bring a piece of bread to the orphan's mouth. However sublime be the theories, however well - spun may be the philosophy -- i do not call it religion so long as it is confined to books and dogmas. The eye is in the forehead and not in the back. Move onward and carry into practice that which you are very proud to call your religion, and God bless you!
- Swami Vivekananda

To,
The Hon’able Minister for Social Justice,
Government of India.

With due respect and love,

When I write this article sir, I am using a HP business laptop and sitting in a fully air conditioned room, which I am confident a huge - huge majority of Indian people never even dream to possess. When I say this, I am addressing the very concept of economic injustice in our country. And let me write down here sir, that when injustice is in economic terms it is still bearable but when it is social, it is ought to be much more painful than this. We have (in the past), undoubtedly one of the most unjust society in the world. Look what is written in Manusmriti, I am not repeating it because it makes me more and more guilty of the wrongs done by my ancestors. I will not blame Manu for this, it is our society that is to be blamed. The adherence to this very idea is my point of objection. How can a society that work under such a morally corrupt rule, exist.

The question here, is not about what has been done in the past. We as a nation have always looked for a better today and tomorrow. Even when we claim to be a prospering nation with those resurgent growth rates , I am surprised to imagine what has made us so impotent, that we still carry the burden of untouchability. Untouchability is still prevalent in India sir, thanks to our ineffective and poor laws. Infact, no matter what the law book says, we know it is still prevalent in rural India.

Now let us discuss, what our constitution says. In our very preamble sir, we are promised economic and social justice. Economic justice, I can understand is a bit more difficult to achieve. Who will fund our national and regional parties if we will strive for economic justice. Therefore in the larger interest of our so called national parties and regional parties, let me give you some more time to work on it. But sir what about the social justice, giving away reservations has only widen this gap because our leadership lacked the vision it should have. The political will sir, is not to benefit the society or the underprivileged, but it is to churn our large vote banks, exploit their votes, befool those poor illiterate dalits and to come to power.

Interestingly, Gandhiji once said that he wanted a dalit women to become the first president of our country, with time we have a Dalit women ruling over one of the most important states of India. She could have been a champion of their cause, but frustatingly the vision as I have mentioned earlier was absent. Just speeches and slogans will not do the needful.

Now let me with an example try to reason what is the harm in the present programs aimed at achievement  of social equality. For that purpose let me invite you to my Institution, where from I am pursuing my Engineering. Before we entered the rat race of competitive examinations, we all were equal (Nobody, as a child ever bothered about the next persons category before making him his friend), but once we gave this very tough entrance exam and saw the caste implications, the mutual hatred increased. Suddenly the upper caste students started to believe that there share is being snatched away and given to these so called Schedule castes and Tribes.

We must understand the gravity of their concerns sir. We are talking about an 18 year old youngster living in an urban residence. When he sees a person getting reservations and compares himself with that person. Suppose the parents of the second person although schedule caste, are Class 1 government employees. Now, there is every possibility that their son would be getting the best available coaching and facilities that are unavailable to the first one (General Category Student). In this way the seeds of social hatred are sown and sown deep in the minds of the first one.

Our constitution and politicians are talking about inclusive growth sir, but unfortunately you have privileged the ones who are already privileged. Where are the real oppressed? I don’t find the son of a poor cobbler making into IITs or NITs too often.

Sir now without dragging this topic much further let me as a honest citizen of this country, give my recommendations before your capable ministry.

1. If father has received the benefit of reservations then his son and coming generations must be abstained from it. This will help the reservation to reach the people who actually need and deserve it. It will also ensure that the gap between the students of two societies will narrow up. Because in the current system, no matter how hard the son of a poor untouchable studies he cannot compete with the upper castes privileged on one side and the newly privileged people of his own strata (whose fathers and grandfathers have already taken enough benefit of reservation for them to attain competitive advantage over everyone else) on the other hand.

2. Sir I also advocate to make our laws more hard on this very issue of untouchability, we have already declared zero tolerance on the same but it is time to actually resort to zero tolerance. Make it a point that whosoever is convicted and proved beyond doubt to have been a party to untouchability, would not only get the prescribed term in jail but will also be abstained from all the government jobs and elections in the future. I would go on to the point of snatching away voting rights from such a person.

3. Thirdly sir, remove this very conception of manu from the minds of people, educate them to love everybody. For this purpose you have to become a role model for us to follow. And let me tell you, it will not be achieved by having dinner or lunch in any randomly selected dalit home and creating public hype, rather these activities will prove beyond doubt that our politicians are interested only in their votes and nothing else. It must be from heart. Sir, let me promise you from the side of this whole vibrant youth community, we are dying to follow you, but as I said- it must be from heart without any vicious selfish intension.

And final words sir, to conclude, just remember the words of Swami Vivekananda before moving ahead in policy decisions related to your department.

"So long as the millions live in hunger and ignorance, I hold every man a traitor who, having been educated at their expense, pays not the least heed to them! I call those men who strut about in their finery, having got all their money by grinding the poor, wretches, so long as they do not do anything for those two hundred millions who are now no better than hungry savages! We are poor, my brothers, we are nobodies, but such have been always the instruments of the Most High. The Lord bless you all."