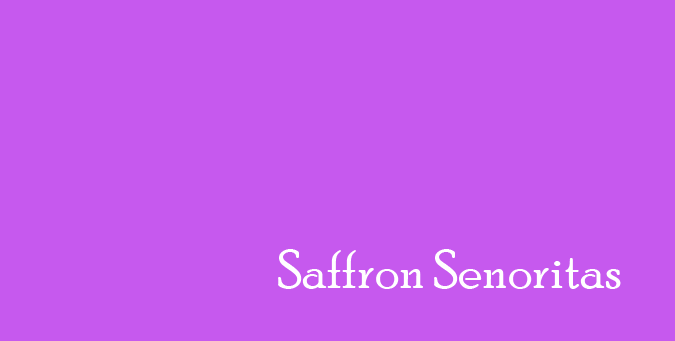 Saffron Senoritas/Senoras – a group of Hindu women spread over the world — strongly condemn the petition by a bunch of leftists in Academia who want to throttle the voice of emerging India and also condemn the Wharton India Economic forum [WIEF] for buckling under pressure from these so called ‘Progressives’.

India is passing through extra-ordinary situation wherein it faces challenges regarding security of women and humongous corruption including in defence deals. Last few months have shown that in the capital of the country women are not safe even during day time. Many feel that we have entered an era of evil people like the King of the Kauravas Duryodhana ruling the country with temerity and impudence.

Coupled with this, is the level of corruption witnessed in the last few years and the audacity with which the ruling groups are going about this issue, hoping that newer loot will make public forget older one.

In this gloomy situation enters Shri Narendra Modi- as a whiff of fresh air- who has demonstrated that development can take place without politicians indulging in massive corruption.

He has also demonstrated that if handled with an iron hand law and order can be maintained.

He has shown remarkable ability to perform in all aspects of development.

When he speaks people listen with pin drop silence as witnessed in the case of a recent event at one of India’s premier colleges Shriram college of Commerce.

We thought that WIEF wanted to hear his point of view regarding development model for India and how to get there without sacrificing our culture/ethos and civilizational roots. We were given to understand that WIEF of Wharton Business School invited him to be the key note speaker since we did not find any indication from his website or that of Gujarat Government anything regarding the same.

We are not going into the malicious and inflammatory petition (to Ban Modi from Speaking at Wharton) initiated by left loonies and friends of Fai since the petition deserves to be thrown into nearest garbage bin. WIEF which belongs to the Wharton business school did a ridiculous act by recognizing such a scurrilous and slanderous petition not based on facts but on innuendos and rumors. It may be added that the petition was signed by a number of people who were not even on the Faculty of Wharton but from the Social Sciences of various other Universities.

The people of Gujarat have given a fitting reply to such malicious allegations not once but thrice in the last 11 years. Of course the petitioners do not recognise democratic India nor respect its electoral system since they are part of a generally discredited minority of which the kindest thing one can say is Left Loonies.

We observed that no professor from the business school signed it. It is up to WIEF and Wharton Business School faculty to ponder over the issue of allowing ‘left loonies’ and friends of Fai (Ghulam Nabi Fai who has been arrested and sentenced to 2 years in Prison in the USA on charges of assisting ISI of Pakistan) in social science departments to bully and blackmail mainstream academia.

The left loonies and friends of Fai of Indian origin are there to earn a few dollars more. We know that and their desperation about green cards and citizenship is well known. Let them enjoy it. But let them not interfere in the affairs of the sovereign democratic republic of India. They may have many sponsors and ulterior motives. But they will not succeed.

The current bunch of students will go away but Wharton should recognize that it has earned the displeasure and condemnation of millions of Indians. That would be irreparable in the long run damaging its relationship with middle class India.

We are confident that neither Mr. Modi nor millions of his followers are affected by this episode. This note is to inform Wharton how much they have damaged their reputation for perceived fairness.