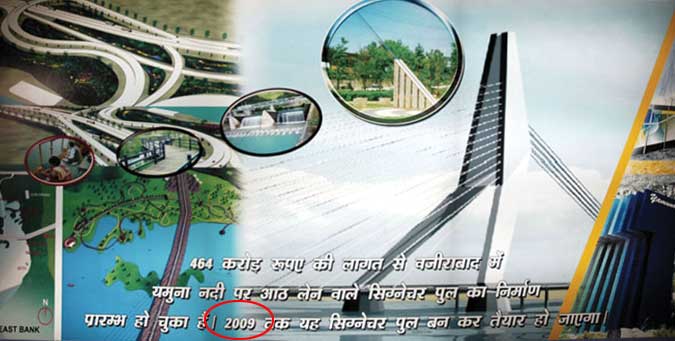 Yamuna is the lifeline of Delhi but the fact of the matter is that it is now an almost dead river. Broadly, two factors are responsible for it:

So in short, first, we are not even getting any fresh water in Delhi and whatever we are getting is getting polluted. To get an idea of the extent to which Yamuna is getting polluted, the presence of disease causing micro-organisms, is nearly 25,000 times more than the limit prescribed for bathing. Total money spent by various governments, so far on Yamuna is more than Rs 4000 crore all of which has literally gone down the drain (called Yamuna).

So is there any hope left for the Delhiites? Several steps have been proposed which can definitely improve the situation of Yamuna. Apart from cleaning up of the river, a viable solution must aim towards replenishing fresh water in the river and reducing the amount of pollutants entering the river. In this regard, the following steps, if taken, can definitely improve the situation of Yamuna:

And as for the cleanup of Yamuna,  I once attended a BJP meet up where Vijay Goel was one of the speakers. This meeting was held a few weeks after he had released that report.  Among the various issues discussed was the issue of Yamuna river clean up. A member in the audience asked Goel “Where the Delhi government had failed to clean up the Yamuna for the past 15 years, how will you clean it up?”

To this, Goel’s reply was simple “Just like the metro coaches were imported from  Japan, we can involve private parties to do this clean up work on Yamuna as well. The complete clean up work can in fact be done on a budget of Rs 1400 crore. ”

The solutions to our problems are simpler than we think. Only the right intent is required.