Indian black money abroad: How to bring it back 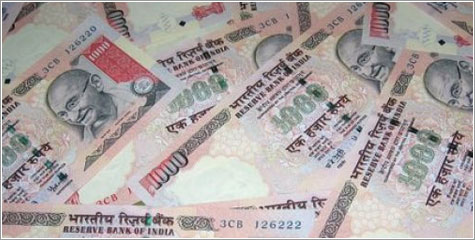 WHILE serving as Indian High Commissioner to Jamaica (1998-2001) I was concurrently accredited to two tax ‘havens’: the Cayman Islands and the Turk & Caicoos Islands as Commissioner of India. One day Delhi informed me that an Indian politician (named in the communication) was holding illegal money of about Rs 800 crores in a bank in the Cayman and that we should take it up with the Government of Cayman.

Accordingly I took it up with the Chief Secretary of the Cayman Islands and he informed me that even without any bilateral agreement with India his Government would ask banks registered in the Cayman to furnish information sought by India if three conditions were met: (i) subject person is an Indian citizen and he has opened account under investigation by Indian authorities using his Indian nationality; (ii) principle of dual criminality is satisfied in eyes of legal officers of the Cayman Government i.e. subject person has committed a criminal offence in India to acquire the money under question, and, that it is criminal offence in the Cayman Islands too, (iii) prima facie evidence to be furnished by India to the Cayman Islands linking crime to money under investigation. The Government of India could not give specific details so matter did not proceed.

If a person who is taken as an Indian citizen by Indian public and by Indian media but has dual nationality, say, Italian and opens an account in a tax haven using Italian citizenship documents, Indian authorities can never have any access to such an account of that Indian citizen.If a person is a naturalised citizen of India in a name which is different from his/her original foreign name, Indian authorities can not access his/her account held in his/her foreign name.

In other words if taking advantage of the Right of Information Act Indian NGOs or civil society activists could obtain a letter rogatory from a criminal court in India meeting above three conditions they can directly approach the Law department of a tax haven to give full information. It will be more successful fast track. If India ratifies the UN Convention against Corruption (UNCAC) there are good chances to get back the black money stashed by Indian citizens in foreign banks.

The UPA government is trying to mislead Indian people about its sincerity to bring back black money by negotiating and signing Avoidance of double taxation agreements with many countries as such agreements generally cover matters which are civil in nature and prospective in nature.

The difficulty would arise if one ‘shell’ company incorporated in one tax haven ‘A’ by an Indian citizen opens an account in another tax haven jurisdiction ‘B.’ In such cases Indian authorities would not get any information from tax haven B as the shell company is not a juridical person of India but has juridical personality of A.

Baba Ramdeo ji believes it to be about Rs 400 lakh crore. The Global Financial Integrity a NGO projected it to be US $500 billion i.e. about Rs 25 lakh crores. The task force constituted by the BJP relied upon Rs 25 lakh crore figure. GFI says: “From 1948 through 2008 India lost a total of US $ 213 billion in illicit financial flows through tax evasion, corruption, bribery, kickbacks and criminal activities.”

The GFI estimates that about US $ 1.3 trillion black money flows every year from the developing countries to tax havens.

The Swiss bankers inform that in Swiss banks Indians hold not more than US $ 2.5 billion but the BJP task force estimated it to be about $ 250 billion.

Black money abroad is generated through many means both civil as well as criminal activities. Civil acts are tax evasion, over invoicing and under invoicing of bills etc. Criminal acts are bribery and kickbacks, drug trafficking, gun running, prostitution rackets, robbery etc. In India tax evasion, under/over invoicing are not criminal offences. There is linkage between black money and terrorism. It is known that Al Qaeda uses narcotics money to a large extent to finance its jihadi activities.

It is also reported that a major chunk of Indians’ black money abroad is invested in Indian market through NRI/FII routes and Mauritius route.

A tax haven is a state or a country or territory where certain taxes are levied at a very low rate or not at all. Following characteristics are generally taken as indicative of a tax haven , (i) nil or nominal taxes; (ii) lack of effective exchange of tax information with foreign tax authorities; (iii) lack of transparency in the operation of legislative, legal or administrative provisions; (iv) no requirement for a substantive local presence of foreigners holding account or company in that tax haven. There are about 70 tax havens in the world including about 25 in Europe.

India has signed the United Nations Convention against Corruption (UNCAC) but has not yet ratified it. The UNCAC provides for recovery of assets as the fundamental principle of the Convention vide Articles 51-59 of the Chapter V of the UNCAC. Article 54(1)(a) provides: “each state party shall ……take such measures as may be necessary to permit its competent authorities to give effect to an order of confiscation issued by a court of another state party.” Ratification of UNCAC by India would help Indian authorities to seek confiscation of black money in foreign banks pending trial which would help India retrieve black money without leakages.