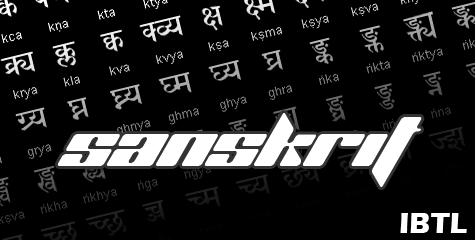 While India was running heated discussions and fasts-unto-deaths on corruption, Lokpal and related issues, Government of Mauritius in was passing a bill for Spoken Sanskrit in its National Assembly.

The object of this Bill is "to provide for the establishment, operation and management of the Sanskrit-speaking Union" that is to empower Sanskrit as a language to bind people of Indian origin together in a distant land. The Union shall consist of members having an interest in the development, propagation and promotion of the Sanskrit language. The Union shall be administered and managed by an Executive Council consisting of 12 elected members elected and a representative of the Ministry.

The objects and functions of the Union are listed as –
(a) promote the Sanskrit language in its spoken and written forms;
(b) promote friendship and understanding between the Sanskritspeaking peoples of the world and to engage in any educational, academic, cultural and artistic work to further that objective;
(c) provide facilities for the exchange of views affecting the interest, well-being, development, relationships and common problems of the Sanskrit-speaking peoples of the world;
(d) promote and encourage the linguistic development among all people having an interest in the Sanskrit language with special emphasis on the cultural, artistic, economic and social perspectives of the language;
(e) provide facilities for exchange programmes, scholarships and social intercourse between the Union and other organisations at international level;
(f) promote, organise and encourage correspondence, conferences, seminars, workshops, debates, elocution exercises, training, competitions, artistic performances and demonstrations for persons interested in the Sanskrit language;
(g) promote, organise and encourage literary activities and the interchange of Sanskrit books, pamphlets, periodicals and other information among local universities, colleges, schools and other institutions, and with overseas educational institutions;
(h) promote and encourage the publication, exhibition, distribution and sale of Sanskrit books, magazines, newspapers and other literary works;
(i) promote intercultural and interlinguistic understanding and harmony through exchange and participation in joint projects;
(j) open branches throughout Mauritius on a regional basis and be affiliated to any organisation in another country whose objectives are similar to those of the Union;
(k) undertake and carry out all such work as may be deemed necessary for the attainment of the objects of the Union and to do all such things as are incidental or conducive to the accomplishment of any or all of them.