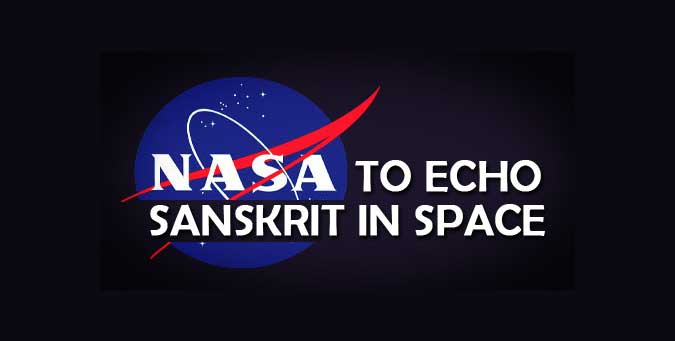 Agra: Very soon the traditional Indian language Sanskrit will be a part of the space, with the United States of America (USA) mulling to use it as computer language at NASA. After the refusal of the Indian Sanskrit scholars to help them acquire command over the language, US has urged its young generation to learn Sanskrit.

According to Rick Briggs, Sanskrit is such a language in which a message can be sent by the computer in the least number of words.

After the refusal of Indian experts to offer any help in understanding the scientific concept of the language, American kids were imparted Sanskrit lessons since their childhood.

The NASA website also confirms its Mission Sanskrit and describes it as the best language for computers. The website clearly mentions that NASA has spent a large sum of time and money on the project during the last two decades.

The scientists believe that Sanskrit is also helpful in speech therapy besides helping in mathematics and science. It also improves concentration. The alphabets used in the language are scientific and their correct pronunciation improves the tone of speech. It encourages imagination and improves memory retention also.

Mishra told the daily that even the call centre employees are improving their voice by reading Sanskrit, besides the language being used by news readers, film and theatre artist for alternative voice remedy.