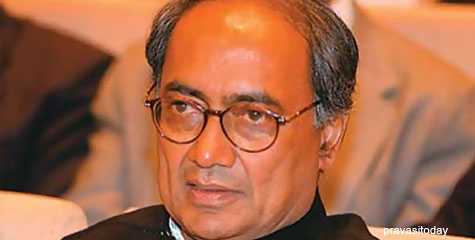 Delhi Police filed a case against social networking sites Facebook, Twitter and Orkut on a complaint made by Congress general secretary Digvijay Singh.

Congress general secretary Digvijay Singh lodged a complaint against the hate mail with police  regarding the  objectionable pictures and abusive comments posted against him on social networking sites by people.

In his compalint Digvijay named 22 people and eight websites.Digvijay  said the content on the internet has caused  mental pain  to him and  his family.

The police have lodged an FIR under section 66 of the Information Technology Act.