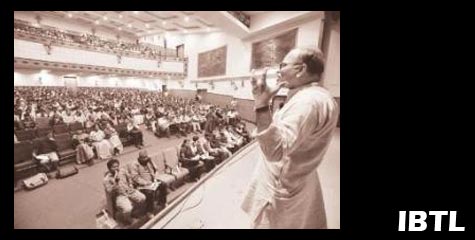 Noted professor of Physics in IIT Kanpur Prof HC Verma said India may be vishwaguru in old days, she is still a vishwaguru as she is guiding even the advanced countries like the US and Canada in cases of science and technology. He was speaking at a seminar organised by Vishwa Samvad Kendra, Patna on December 5.

“The Indian history points out that advanced surgery was conducted on the head of Lord Ganesha, who after losing head to his father’s wrath regained his life following an Elephant head transplant.

There are mention of space and air travel in the Ramayana. That was in olden days, now even in 2011, we find that India is leading the world in the field of space research.

Today INSAT Communication Satellites are sending the best pictures of the Earth. India is the only country to launch a satellite Chandrayan 1 from Earth to Lunar orbit in its first attempt. It is also the only country to have discovered presence of water on Moon, an achievement which could not be matched by repeated attempts of NASA and other countries’ space missions,” he said.