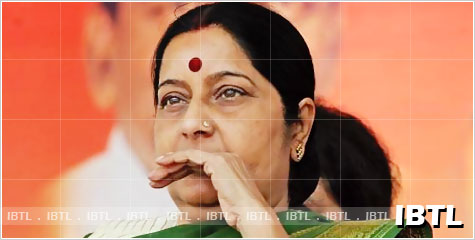 Leader of Opposition in Loksabha, Sushma Swaraj, in her, hour long speech ripped apart government’s version of Lokpal bill as full of confusions, against constitutional establishment, and misplaced. She pointed out numerous technical, conceptual and operational issues in Government’s draft.

She started with citing from the Constitution’s article 252 and 253, which deal with the situations when Parliament can make laws for the states. She highlighted the contradiction between government’s ministers on the issue of whether Lokayukt’s appointment will be mandatory for states or if it’ll be optional. She asserted that the government is bringing it under article 253 which deals with International treaties, and there, it cannot be provisioned to be optional, which is the case, and if the government wants to make it optional, then it has to be under article 252, and for that government will require the proposal from 2 states. She also cited the example of Uttarakhand’s Lokpal bill, terming it exemplary.

She also raised the issue of how government had refused to put lower bureaucracy under the ambit of Lokpal and in the present draft, they’ve provisioned for the former and incumbent Directors of all the temples, mosques, churches, Gurudwaras, Hospitals, Schools and Colleges,  under the ambit of 9-member Lokpal team. She also came down heavily on the protection given to the PM and the illogical exit procedure for Lokpal. She also condemned CBI’s being put under multiple bosses.

She alleged that government is afraid of the mass-movement and is rushing into the bill because it’s hurting their credibility. She said that Government’s bill serves no purpose and weakens the already existing framework also.