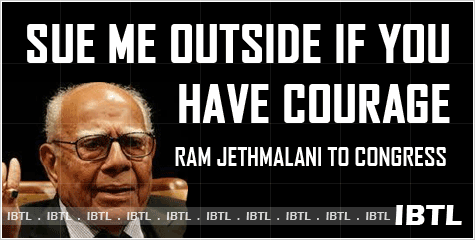 A smart remark by Ram Jethmalani alluding to Rajiv Gandhi's swiss bank account created uproar in Rajya Sabha. While participating in the debate on the Lokpal bill, during his long speech, Jethmalani said, "A Swiss magazine published the names and pictures of 14 people who have their stash hidden away. It's a shame that the 14th person was India's then PM". The remark was indirect but was enough provocation for Congress MPs to create an uproar. Congressmen alleged Jethmalani of accusing a late former Prime Minister without substantiating.

Jethmalani spoke of how CBI had a reputation during its initial years which is completely tarnished due to its conspicuous misuse by government now. He asserted that the UPA will be voted out in the next elections, as they didn't pursue black money details while they'd been made public. He also recounted how the Supreme Court had slammed the government repeatedly on various accounts including its failure to recover black money.