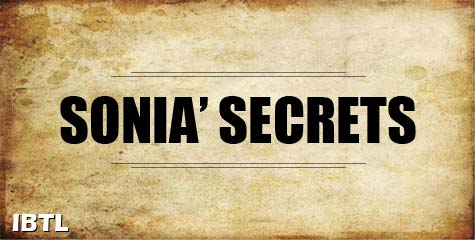 First it was her religion, then her relatives and then her illness and now her income tax returns. Sonia Gandhi has consistently refused to reveal details regarding these.

The latest first. According to a report in The Times of India, Sonia Gandhi refused to provide the details of her income-tax returns of the past ten years, demanded by V Gopalakrishnan, an RTI activist from Chennai. She claimed that this information, submitted to the IT office was confidential and disclosure of this would amount to “unwarranted invasion” of the individual’s privacy.  She even cited security reasons for not furnishing the details.

She had earlier refused to reveal her religion, claiming it was a personal matter and need not be made public. This, when the government routinely has this column in all the forms. Even in nursery school admissions, one has to mention the religion. Her educational qualifications (if any) too are closely guarded secrets.

When Sonia Gandhi “fell ill” and went abroad allegedly for treatment apparently on government expense, any information was denied to the public on the ground that we must respect her “privacy.” The media played along in such reverential obedience. If public money had been spent on her, it has to be accounted for and the citizens of the country have a right to know how much and why the money was spent; if the treatment she received abroad was not available in India etc.

Some time ago, a RTI had been raised demanding to know the foreign relatives who are staying with Sonia Gandhi in her official residence and their periods of stay in India. The issue was suppressed, taking the plea that it was a “private issue.”

Subramanyan Swami, who has constantly sought to bring to light the several instances of abuse of power by Sonia Gandhi has been rebuffed time and again by the courts and other agencies. On 23 February the CBI, before whom Swamy’s plea for investigating Sonia Gandhi’s role in Bofors scandal was pending, dismissed it saying that a closure report has been filed in the case and it cannot be reopened. The CBI also gave a clean chit to her saying “no connection whatsoever” was found between the case and Mrs Gandhi.

Related
# Sonia refuses to disclose IT info, income could be between Rs 50-75 lakh
# BBC man Mark Tully warns India against Sonia's dynasty politics
# Sonia Gandhi - 'Holy' only in Indian media, not so abroad?

Not only she, but all her immediate relatives enjoy amnesty from law. The police did not carry any investigation worth its name into the cases of unnatural death of at least three family members of Sonia Gandhi’s son-in-law Robert Vadhera. His brother, sister and father died untimely and unexplained. The matter was hushed up with even our blood-hound media maintaining silence.

All these things raise the valid question: Is Sonia Gandhi above the Indian law? (FOC)﻿