Medha Patkar to sue Narendra Modi for visiting Lavasa: What about you Medha? 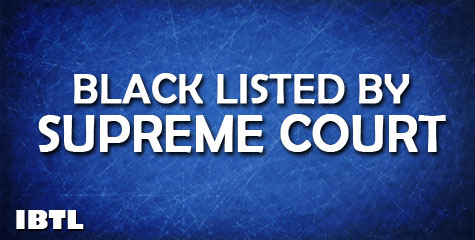 Karnavati (Ahmedabad), Medha Patkar, Infamous and credibility-lost for her foreign funding blunder is now ‘Angered’ by Gujarat Chief Minister Narendra Modi’s visit to the Lavasa project. Patkar and her activists of the National Alliance of People’s Movements (NAPM) are now planning to file a contempt suit against Gujarat CM Narendra Modi. Interestingly Patkar has been virtually exposed and black listed by SC for false affidavit.

Reacting sharply on the statement of Medha patkar on the visit of Gujarat Chief Minister to Lavasa on 18th March that “May be Modi is thinking about the Project, along with Union Agriculture Minister Sharad Pawar, and thus this visit”, National Council for Civil Liberties (NCCL), President, V.K. Saxena, told Newsbharati that Patkar is virtually exposed and black listed by the Supreme Court for filing false affidavit in SC and has no right to comment on the developmental projects in the Country.

The three Judges bench of SC in its order dated 11th May, 2011 said that “It is evident from the said report that statements made by the said applicant/respondent (NBA) in the Court, in this regard are factually incorrect and false.

The   Court   has   been   entertaining this petition under the bona fide belief that NBA was espousing the grievance of inarticulate and illiterate poor farmers, with all sincerity and thus, would not make any misleading statement. However, our belief stands fully belied. Applicant/respondent (NBA) made pleadings and advanced arguments without   any   basis   only   to   secure   unwarranted benefits. In   the   instant   case   it   stands discredited totally in the eyes of this Court. This Court had been a little careful and cautious in this regard, which has exposed the true picture.”

NAPM activist Medha Patkar interpreted Modi’s visit as a ‘political move’. “May be Modi is thinking about the project, along with Union agriculture minister Sharad Pawar, and thus this visit,” she said. Advising Modi not to express his opinion on the project, Patkar said, “Both the central government and the Bombay high court have recognised the illegalities in the project, and have issued an order to stop work at the site.” According to Patkar, the convention centre at Lavasa, which Modi visited, is also illegal. Patkar also advised Government of Maharashtra to take steps to ensure that such future visits are avoided.

Patkar’s close aid and Vishwambhar Chowdhury told media that, “Knowing well, that the Bombay high court (HC) has ordered to stop the construction work at Lavasa due to irregularities in the project, Modi chose to visit the site. It is very unfortunate.” Chowdhury further commented that this visit once again showed the scant respect Modi had for law.

NCCL President Saxena Said that Patkar is a foreign supported anti-project activist, had targeted several projects of National importance in the past such as Sardar Sarovar Project (SSP), Maheshwar Hydel project, Indira Sagar Project in Madhya Pradesh, Coal India & NTPC projects in Singroli, TATA Nano project etc to derail the development process in the Country. Due to consistent lobbing, numerous agitations, Rallies & Dharnas by Patkar, cost of these projects escalated manifolds which have actually burdened the exchequer.

Patkar is also involved in the anti Kuntakulam Nuclear Project agitation in Tamil Nadu and her role is being investigated by the Prime Minister’s office along with other NGOs which are acting with an ulterior motive to please their Masters in abroad. Saxena said that PMs Statement was “positive and long overdue as exposing the connivance of forces that aspire to deter this progress & bringing them to justice is an equal responsibility upon the Government”.

Medha Patkar’s 20 years agitation is based on lies and misinformation campaign which is proved from these reports also.

Shunglu Committee on Sardar Sarovar Project said that, “No substantial deviation was discovered in number of Project Affected Families (PAF). Claims made by Patkar led NBA could not be substantiated”.

National Sample Survey Organisation (NSSO) verification with regard to payment and entitlement revealed that, “By and large” information in action taken report corresponds to ground reality. If further says “because of resistance by NBA activists, some of the villages in the submergence area could not be physically surveyed”. Based on this finding Supreme Court in October 2000 ruled that construction of SSP will go on.

Monitoring Committee of Ministry of Environment & Forest (MoEF) for Maheshwar Hydro Project after a spot visit in its report of December' 2009 raised doubt about the intention of NBA's objection for survey of affected families & found nothing objectionable in the functioning of task force.

Naresh Dayal, Chairman of 11 member team of MoEF after 3 days of on the spot assessment declared that Lavasa project had not caused any harm to the environment and “Prima-facie forest destruction does not seem to have happened and all parameters of environmental norms are taken care of by the project authorities”. This project too was fiercely opposed by Patkar on the grounds of environmental degradation.

It is interesting to know that Medha Patkar is also infamous for her so called ‘social work’ is based on necessities of foreign funding agencies.

Francois Gautier has questioned Patkar’s credibility saying that, “There is the question of how does Medha Patkar get her finances? Medha Patkar has the Right Livelihood Award, the Rev. MA Thomas National Human Rights Award, Amnesty International's Human Rights Defender's Award, and the BBC's Green Ribbon Award for Best International Political Campaigner. Her Narmada Bachao Andolan (NBA) is described as a "social movement". The Supreme Court has noted the NBA is not a registered entity. So, how does it bank its money? How does it account for its expenses?

He further says, “The NBA, which, as we have seen, has international connections, does not seem to have its own website. Foreign sources fund its support groups. Finally, accused of faking medical certificates, fined more than once for dodging court hearings, Patkar is now accused by the Supreme Court itself of†filing a false affidavit before it.”

NCCL President V K Saxena feels that Lavasa Corporation should file a criminal case against Patkar for bringing  disrepute to this project & recovery of losses incurred by them, due to halt of the construction.