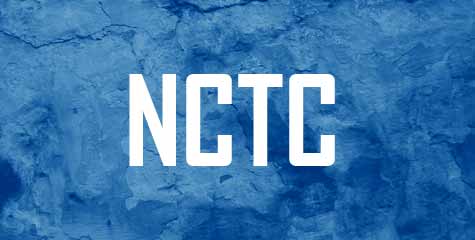 New Delhi, May 7: Embarrassed by the criticism faced on the issue of National Centre for Counter Terrorism (NCTC), Union Home Minister P. Chidambaram, on Sunday, asked Chief Ministers to ‘recognise’ the need for an NCTC or a similar organization to curb terrorism.

He said the principal concerns were one why is it located in the IB and two why do personnel of NCTC or a similar organisation have to undertake, even on an exceptional circumstances, operations on its own?

"We will examine the two issues...Why it will be under IB and why it will carry out operations under exceptional circumstances...And the government will take a final decision," he said. He left the questions on a timeline for implementing his pet project that has been kept on hold ever since non-Congress chief ministers raised strong opposition.

In his concluding remarks, Chidambaram tried to highlight the areas of convergence and areas which require more examination. Chidambaram said that he was leaving the meeting with an ‘open mind’ and the Centre would take a decision on concerns of the chief ministers.

Making a strong ground for the formation of NCTC, the Prime Minister stressed that the setting up of the NCTC was not a state versus Centre issue. “NCTC will work as a vehicle of country's combined efforts to curb terrorism”, he said. Stressing that NCTC will supplement the counter- terrorism capabilities of the states and not supplant them, Singh asked the state governments to work in tandem with the Centre in dealing with terrorism.

In his speech, the Home Minister, the prime mover of the NCTC proposal, said terrorists do not recognise boundaries and the Centre and State governments have to work together to make the country safe and secure. "We have to work together. I am confident we can make the country more safe and more secure," Chidambaram said. The Home Minister pointed out that there are cases where, despite inputs regarding the presence of terrorists, the security agencies concerned did not act either due to lack of capacity or lack of a timely decision.

Gujarat Chief Minister Narendra Modi led the attack on centre’s move to poke its nose in States’ boundaries. Modi denounced Centre’s NCTC proposal saying that, “Centre is trying to play the 'viceroys of yore'. He said Centre was trying to be the 'omnipresent' ruler by setting up of the NCTC. Modi commented, "The assertions and assumptions on which the NCTC has been crafted, casts the Central Government in the role of omnipresent, omniscient ruler with the states portrayed like dependent vassals, belittling the states which are today the real engines of India's progress."

"Be it proposed amendments to the Railway Protection Act, the Border Security Force Act, and the Limited competitive Examination issue and so on, the Union Government has behaved in a manner which reminds us of Viceroys of yore," said Modi.

Narendra Modi said that Central Government's contradictory stands on Batla house showed their inability to identify the enemy." He asked that if the centre is unable to even properly identify and recognise the enemy how does it propose to conduct a decisive war against it.

Gujarat CM also alleged that the NCTC will make the State units totally subservient and kill local initiative. "It will create a draconian covert agency with police powers," he said. Accusing the Centre of changing the "well-defined and constitutionally mandated" boundaries of Centre-state relations, he said there was a disturbing sequence of events in the recent past which revealed "centralist and autocratic mindset that militates against all canons of federalism."

One of the front runner of slamming the Centre, West Bengal CM Mamata Banerjee, stuck to her stand against NCTC's controversial powers of search, seizure and arrest. Slamming the Centre for taking a unilateral decision on the formation of NCTC, Mamata Banerjee said such institutions "upset" the federal structure of the country and was "not acceptable" to the state.

Strongly opposing the Centre's plan for setting up an NCTC, Bihar Chief Minister Nitish Kumar said it "violates" the principle of federalism and the structure adopted for it suffers from "serious and basic flaws". Nitish Kumar referred to the Emergency days to say that if such powers are given to a secret intelligence agency of the Central Government, they will remain prone to misuse it against political rivals. Kumar asked the government to immediately withdraw the NCTC. "One does not have to go far back in history to recall that eminent political leaders were branded as threats to national security and were put behind bars during the Emergency of 1975-77", Kumar said.

Tamil Nadu Chief Minister J Jayalalithaa blasted the Home Ministry, saying it was trying to "belittle" the state governments and treating them as "pawns on a chess board" instead of addressing "gaps and deficiencies" in counter terrorism capabilities.

Similarly, opposing the formation of NCTC, Chhattisgarh Chief Minister Raman Singh said it was against the federal structure of the Constitution.

Madhya Pradesh Chief Minister Shivraj Singh Chouhan said the NCTC, in its present form, is against the federal structure laid down in the Constitution and demanded that all stakeholders be treated equally as team members for success in fighting terrorism.  "Numerous security analysts have opined that the NCTC under the Intelligence Bureau is prone to political misuse. This contention appears to be true as NCTC in proposed format is likely to be misused for political purposes.

Odisha Chief Minister Naveen Patnaik, said that the body in its present form is not acceptable to his state.

Saying that, it is a direct assault on the federal structure of the country, UP chief minister Akhilesh Yadav stressed upon the need for a rethink over the issue. Akhilesh hit out at the proposed move without mincing any words and questioned the very purpose of setting up the NCTC when anti-terrorism agencies were already functional in majority of the states.

Assam Chief Minister Tarun Gogoi demanded a leash on security personnel to restrain them from misusing the powers under the proposed system.

With caution, Manipur CM O. Ibobi Singh said human rights must be taken into consideration while setting up the NCTC. Singh said, "It is the duty of the government to protect basic human rights while granting unbounded powers to arrest under section 43A of the Unlawful Activities (Prevention) Act."

Stating that it is urgent to come to a conclusion, Chidambaram said that to face the threat of terrorism is extremely important for the Nation, and for a Government, it’s important to take a decision.

Chidambaram attempted to justify himself saying that it is broadly agreed that there is a need for NCTC or a similar organization and what should be the powers and functions of such an organization, should one be created.

Clarifying himself on the role of agency designed to do counter terrorism, Home Minister said that Nation needs a counter terrorism organisation that will mobilise all elements of national power and which will be more than a mere police agency.

Home Minister made it clear that the normal operations will be done by the ATS and the State police. It is only in exceptional circumstances.

On the question of why the NCTC will be located under IB, Chidambaram said that the IB is India’s nodal counter terrorism agency. But immediately lowered the tone saying that the matter deserves re-examination and Government will re-examine it.