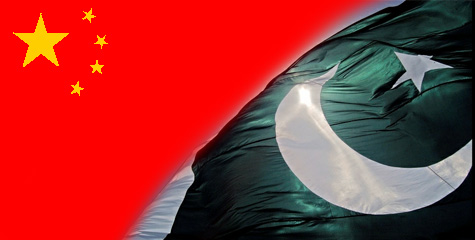 Beijing, June 9: The Shanghai Cooperation Organization proved to be China’s a successful Experiment in Multilateral Leadership. With the help of SCO, China has befriended with all major Nations in its neighborhood and South Asia except India. But its most loved ally remained Pakistan, which has always preferred to be a ‘close companion’ of the United States as far as politics in South Asia is concerned. But now as the US becoming more aggressive, it’s China, who is courting Pakistan.

The venue of Shanghai Cooperation Organization was used as a backdrop of China-Pakistan’s furtherance of partnership. Pakistan and China signed multiple Memoranda of Understandings in a wake to strengthen mutual Cooperation. And India, a rival for both nations has to remain a spectator of all these developments around it.

While meeting with visiting Pakistani President Asif Ali Zardari in Beijing, Xi said China hopes to increase people-to-people exchanges with Pakistan, and push the two countries' strategic and cooperative partnership to a new level. Xi described China-Pakistan relations as a model of harmonious co-existence and friendly cooperation between countries with different social institutions and cultures. To further consolidate and develop China-Pakistan relations conforms to the common interests and aspirations of people on both sides, and helps to safeguard and promote regional peace, stability and development, Xi said.
Zardari congratulated China on the success of the Shanghai Cooperation Organization (SCO) Beijing summit. Zardari stated that Pakistan-China relations Pakistan's top diplomatic priority and Pakistan will resolutely support China on issues concerning China's core interests and major interests. Zardari said Pakistan hopes to further enhance cooperation with China in various sectors and invite more Chinese enterprises to invest in his country.

Pakistan President Zardari held meetings with Chinese businessmen. The memoranda covered the program of supply of water from Tarbela to Islamabad, establishment of Special Economic Zone in the proposed new city of Zulfikarabad, Sindh, building of 6,000 flats in I-15 sector on the basis of private-public partnership de-silting of canals and barrages in Sindh.

The MoU for water supply to Islamabad from Tarbela, MoU on the establishment of Special Economic Zone in Zulfikarabad. Chinese company, China Railway First Group signed MoU for building 6000 flats and developing Sector I-15 in Islamabad. The agreement on de-silting canals in Sindh was also signed.

Meanwhile, President Zardari also held separate meetings with four leading Chinese business executives inviting them to take advantage of the investment friendly policies of the Government of Pakistan and to extend their business ventures in all the sectors especially in the areas of energy, oil and gas, mining, engineering goods, electronics, chemicals, infrastructure, telecommunications, IT and agriculture.

Pakistan lured China for untapped tremendous natural resource potential of Pakistan and offered opportunities to the Chinese investors and entrepreneurs.

It is now noticeable that 12th summit of the Shanghai Cooperation Organization, held in Beijing on 6 and 7th June, has fulfilled its task of mapping out a new blueprint for the development of the six-member bloc over the next decade.

The leaders of China, Kazakhstan, Kyrgyzstan, Russia, Tajikistan and Uzbekistan have endorsed a series of documents that pave the way for closer cooperation in a wide range of fields, including security, trade, investment, finance, transportation, energy, telecommunications, agriculture, culture, education and people-to-people exchanges.
In the name to advance regional economic development, the organization will forge ahead with the establishment of a special account and development bank. To better fulfill its role as a reliable guarantor of regional security and to combat terrorism, separatism and extremism, the SCO member states will enhance their early warning capacity and capabilities to handle emergencies.

The member states have also agreed to accept Afghanistan as an observer, and Turkey as a dialogue partner. This marks the latest development in the expansion that has been talked about for a long time.

India was granted observer status with Pakistan, Mongolia, and Iran. Belarus and Sri Lanka have become Dialogue members. During the summit, Afghanistan was made an Observer and Turkey was made a Dialogue member.

Indian Foreign Minister, S M Krishna met the new and emerging leaders in China. While Krishna was in China attending the summit, US Defense Secretary Leon Panetta was trying to align India with US and against China. India expressed its uncomfortable status with America’s aggressive tactics to include it in America’s policy of containing China.

While India has concerns about growing Chinese presence in the region, yet it is even more concerned about the growing aggressive American stand. This resulted into India’s statement, ‘Ties with China priority of India's foreign policy’ and improving bilateral ties as a priority of India’s foreign policy. India also expressed desire to expand strategic cooperation with China.

Reacting to US plan to shift 60% of its naval strength to the Pacific, China and Russia have made their minds to strengthen their military cooperation. And when Pakistan joins this fleet, it will become a nuisance for India.