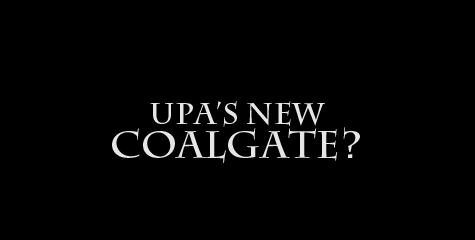 There seems no end for the Congress-led-UPA to sanction loot of India’s invaluable natural resources. After providing nation's coal deposits to private and state-run entities in an irregular and arbitrary manner instead of publicly auctioning them off to the highest bidder and resulting in a heavy loss to the country’s exchequere, now its turn of Thorium.

Thorium is believed as a key factor to India’s nuclear programme being freed from the dependence on uranium imports to power our nuclear plants and allowing us to develop limitless amounts of fuel since it could be extracted from sand on beaches.

But according to recent published report in ‘The Statesman’, the government has failed to control the export of monazite, the raw material from which thorium can be extracted, and has allowed extraction of2.1 million tonnes of monazite.

The report estimates that if the thorium extracted from the monazite is estimated at $5,000 per tonne (Ref : thorium.tv), then the loss to the exchequer is approximately Rs 48 lakh crore, in addition to the incalculable loss to the nuclear fuel programme.

Thorium Disappearing: UPA’s new Coalgate? The report comments on UPA’s policy on natural resources. It says, “Since the UPA government assumed office in 2004 with Manmohan Singh as Prime Minister, 2.1 million tones of monazite, equivalent to 195,300 tonnes of thorium at 9.3 per cent recovery, has disappeared from the shores of India.”

‘Thorium disappearing’ should be considered more serious as it is related with India’s Nuclear programme. Thorium is a clean nuclear fuel of strategic importance for both nuclear energy generation and nuclear-tipped missiles. The beaches of Orissa Sand Complex, Manavalakurichi in Kanyakumari district of Tamil Nadu and the Aluva-Chavara belt on the Kerala coast have been identified under the Mines and Minerals (Development and Regulation) Act, 1957, as the main monazite bearing areas in the country.

Thorium is crucial : On 2-December, 2009, Prithviraj Chouhan, then Minister for Science & Technology and Earth Science has stated in parliament, “Complete replacement of uranium by thorium in existing Indian Reactors is not feasible without a major change in design. However, thorium has been used in a few bundles of Pressurized Heavy Water Reactors earlier. Large scale use of thorium is planned in the 3rd stage of the Indian Nuclear Power Programme.”

Similarly, In July 2012, Atomic Energy Commission (AEC) chairman R K Sinha has stated that, the only problem with Thoriun  is that it can't be used directly as a fuel and it has got its own limitations too. This is the reason why the AEC is working hard to develop the next generation reactors that can use thorium as a fuel. This explains that Thorium is crucial for the Indian nuclear power programme and Indian government needs to guard its exports more carefully.

Destroying Ramsetu: Easy approach to Thorium rich beaches? It is considered that a large chunk of Thorium would be washed away if Ram Sethu is blasted. And almost all of it would be lost if another tsunami strikes the region. The Sethusamudram Canal, if built destroying RamSethu, will be beneficial to  private parties for easy snatching of beach sand for Thorium available on beaches of Tamil Nadu and Kerala.

The social organisations which protested against Sethusamudram Project said that since India had rich thorium resources and the technology to use it, the US was pressuring the Centre to speedily implement the Sethusamudram project (through India-US Nuclear Deal).

# Coalgate scam: Restore Coal India to commanding heights
# Dubious Defence of the Prime Minister in Coal Scam
“We suspect an international conspiracy to prevent India from becoming a nuclear power as the thorium deposits will meet the country’s requirement for 400 years,” said a spokesperson of the Vishva Hindu Parishad which criticized destroying of Ramsetu.