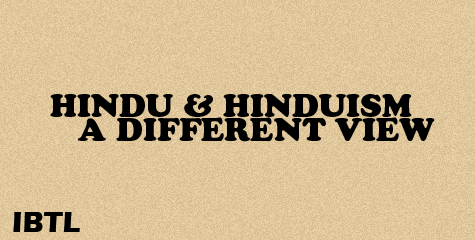 Continued from Good, bad, confusing - Hinduism, under the lens Part 01 | Due to the fact that the Kurukshetra war took place several thousands of years ago, time itself corrupts the story. Kings and princes who claimed to be direct descendants of a wise and enlightened individual named Krishna probably must have corrupted the Gita in order to project their ancestor as God strictly for political gain. Dr. Narhari Achar of the Department of Physics at the University of Memphis had done dating of the Mahabharat war using astronomy. With the help of the Planetarium software he proved that Kurukshetra war took place around 3102 BCE (before Common Era). Obviously, there is no way to prove the divinities took place but the timeline suggests that there has been plenty of time (and foreign invasions) for the surrounding events of the Mahabharat to have been altered and changed. Although, carbon dating, archaeological finds, temples etc. all pile the evidences suggesting that the red-line story of Mahabharata took place.

While the concept of God in Sanatan Dharma is extremely broad and open to interpretation, we as Dharmic people have for that reason been very liberal in naming people (and animals) God. Unlike the Christians and Muslims, who from very young age are instilled with fear of their monotheistic and jealous God of which can be read about in the first three commandments for the Christians and the sin of ‘shirk’ in Islam, which is the sin of idolatry and polytheism. Shirk, according to many Islamic scholars, ranks as the ‘mother of all sins’. In Dharmic culture, in the past and present, we have not been fearful of some patriarchal monarch in the sky waiting for us to die so that He can either place us in a paradise filled with materialistic desires or, if we have behaved away from the dogmas of religion, to hell, where a former aide of his, Lucifer or the Devil/Shaytaan, will burn us for all eternity.

If this ‘Christ-Islamic’ concept of heaven and hell were to be true, most of us who adhere to the Dharmic paths, would be the first ones in hell because in our liberal, cheerful and festive societies we have built temples for the ‘God of Cricket’, Sachin Tendulkar and the ‘God of the Offside’, Saurav Ganguly – something which we should ponder over in relation to Krishna, Ram etc. Whenever someone in our societies has contributed something positively and brought added wisdom to it, we have named them as Gods on Earth, or ‘avatars’, which translates to ‘coming down’ – is this right or wrong? Does it really matter? Who knows whether God is a man and not a woman or even genderless? Who knows whether God isn’t a large snake or a flying monkey? Sanatan Dharma has been very wise in this respect: we have broadened our horizons and opened up to the possibility that God, whatever the concept may be, can express itself in any form. This is perhaps why our societies, in ancient times at least, have never fought for such petty things such as religion unlike the followers of Christianity and Islam – whose terror, crusades, jihad, slavery, colonization etc. have all been done in the name of this one God.

If only the message of Vedic wisdom would have reached them earlier we could have avoided the wars on our motherland between the brutal and barbaric Islamic forces in where the latter saw us as mere polytheists and thereby fit for slaughter, slavery, conversions, genocide and rape. Moreover, they probably justified the destructions of our temples, libraries, and universities as a God given sanction. Yet, who is to say Egyptian or Roman polytheism is wrong? Who is to say atheism is wrong? Nevertheless, Sanatan Dharma has never fought wars to suppress, enslave or propagate its values with brute force on humanity:

Rigveda Mandala 1 Sukta 164.46 : “They call it Indra, Mitra, Varuna, Agni as well as Garutman of heavenly plumage. That which exists is One, sages call it by various names.”

Rigveda Mandala 8 Sukta 58.2 : “One fire burns in many ways; one Sun illumines the world; one dawn dispels the darkness of night; all that exists is One and it has taken all these various forms.”

The last subject which I want to clarify about is the notorious “caste-system”. Let me make clear to you that the “caste-system” is one of the filthiest issues that have stained not only Sanatan Dharma but also our national politics. Politicians are not afraid to use it for their advantage. However, saying so, a world without division of labour is impossible and if you want a non-Indian and non-Dharmic source backing this claim, please read Plato’s ‘Republic’ and the chapter named ‘The Guardians’ Life and Duties’. Though, the problem arises when man yields his influence in society and makes a position a birth-given right rather than something achieved through merit. To a certain degree, one may call this nepotism and India is plagued with this menace – all the way from Bollywood to national politics (Nehru/Gandhi; Yadavs; Pawars etc.).

Even Sri Krishna backs the claim that one’s position in society should be determined by personal qualities and not by birth:

Bhagvad Gita: chapter 18, verse 41 : "The duties of the Brahmins, the Ksatriyas and the Vaishyas as well as of the Shudras have been assigned according to their inborn qualities, Arjun."

I would therefore hope that we as followers of Sanatan Dharma will understand how to value, preserve and most importantly learn from the vibrant and rich mythology we have. Moreover, we must also fight the menace of birth-based caste in our society. Therefore, instead of falling prey to blind faith, let us read, understand and value our rich heritage.