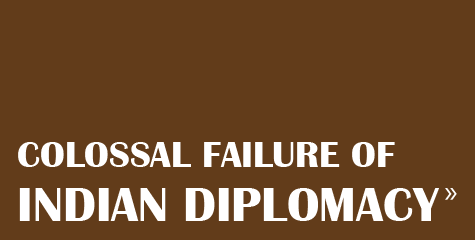 On the day of the Bharat Bandh against the petrol price hike, 31 May 2012, the news channelTimes Now broke the news about Washington seeking a strategic military relationship with Bangladesh, starting with the docking of the 7th Fleet of the US Navy on an island off Chittagong. An editorial in the Bangladesh newspaper, Daily Star (7 May 2012) on the visit of US Secretary of State Hillary Clinton, noted that, “It has for one thing, moved the level of bilateral relationship to a higher degree and, for another, formally brought Bangladesh on the strategic radar of the United States. Clinton’s comments covered both the internal political situation as well as the strategic compulsions”.

Dhaka’s surfacing on the tactical map of the United States would surely ring bells in the capitals of several south and south east Asian nations. Washington is clearly upping the ante in the region, searching for a new ally in the light of current tensions in US-Pakistan relations, and of course, China, whom it is challenging on the dominance of the South China Sea.

US and the Indian Ocean region: It is a delicious irony that the US, which in 1971 send the 7th Fleet to the Bay of Bengal to intimidate India in the Bangladesh Liberation War, should now ask Dhaka to host the same fleet as it defends its strategic interests vis-a-vis Myanmar and China. Bangladesh is a natural choice as it shares borders with India and Myanmar, is a near neighbour to China, and stands as a bridge between south and south east Asia. For the US, Bangladesh is a maritime nation and its access to the open sea and the Indian Ocean is a strategic asset that America wants tocapitalise upon.

The presence of an American naval fleet in Bangladesh could see the Bay of Bengal emerge as a conflict zone between Beijing and Washington, the consequences of which could be deleterious to the Indian national and security interests. As it is, the establishment of an American military base at the Diego Garcia Islands in the 1970s bought about a paradigm shift in the Indian Ocean Region, adding to mistrust with the then Soviet Union. Now it is emerging as a major conflict zone with the emergence of an assertive China. The establishment of a US navy parking dock/bay in Bangladesh that could possibly be converted into a permanent base for US/NATO militaries can only add to the tensions in the region.

Since the end of the Second World War, the Indian Ocean region has been increasingly militarised. In recent decades, Beijing established a foothold in the region with the establishment of a surveillance base on Myanmar’s Coco Islands.

Overall, however, the presence of an American fleet in an exclusive docking bay would eventually pose a strategic disadvantage to India as it would bring all Indian military installations and the famous missile test sites on the eastern coast under direct US surveillance. It would also undermine the Indian Navy’s current regional maritime dominance.

Hence it is in New Delhi’s interest to ensure that Bangladesh does not accede to the American request for naval parking facilities off Chittagong. The Indian government and security establishment must take energetic measures to correct the balance of influence on Bangladesh; South Block must offer Dhaka adequate aid to meet its legitimate developmental needs, and resolve the messy Teesta waters issue in as fair a manner as possible, without compromising the interests of Bengal farmers.

Conclusion: New Delhi’s abiding problem is a weak leadership, an incoherent foreign policy, and a propensity to be reactive in its efforts to establish itself as a regional power. In fact, much like the ‘emerging superpower’ lemon sold to us by the George Bush administration, it is doubtful if New Delhi has ever been serious about India’s natural right to be the regional hegemon.

Certainly, our pursuit of this goal has been indifferent. We have much to learn, if only we would, from Beijing, whose inroads into the nations of south and south east Asia are lessons to emulate. In recent times, India’s approach towards its neighbours has been that of a friendly but unreliable neighbour. The ignorance and indifference shown by the Indian polity as a whole towards countries like Nepal, Sri Lanka, Bangladesh and even Iran has created a vacuum of regional leadership.

Our foreign policy appears to rest upon ignorance of our neighbours and their genuine needs, and unduly weak and deferential towards western nations, especially America, even on matters concerning regional geopolitics and our own internal security. That is why the US secretary of state Hillary Clinton can ‘advice’ us on our relations with Bangladesh.

It is time to shake off the ennui and sloth of the Foreign Office and to reach our potential as a regional power. The tilt by Sri Lanka and Bangladesh away from India is a clear failure of India’s foreign policy mandarins.

As a beginning, we must accept the harsh truth that SAARC as a regional organisation established to increase co-operation and build trust between the member nations is a failure. Despite the existence of SAARC, we have not achieved any regional co-operation in the past decade. Instead of using SAARC to exert leadership and handle regional issues, India has been toeing western line in the UN on issues concerning the region. The UN resolution on War Crimes in Sri Lanka, where India toed the western line instead of calling a meeting of SAARC to resolve the issue within the region, is only the latest instance of this colossal failure of Indian diplomacy.