GDP numbers: A wake up call in the wilderness - Virendra Parekh 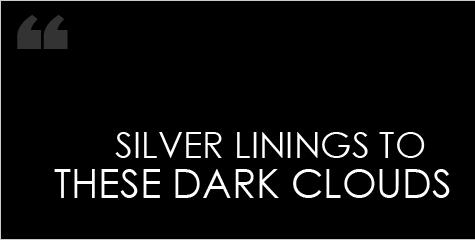 For long, India’s policy makers took sturdy economic performance for granted. Double digit growth that would propel the country to economic super power status was almost regarded as preordained. The illusion is now being burst rather cruelly. Hit hard by global woes and domestic problems, India's economic growth rate slowed to a nine-year low, both in the March quarter at 5.3 per cent as well as in 2011-12 at 6.5 per cent. With inflation edging up and GDP slipping, India is sliding into a stagflation from which it may be hard to recover.

Sharp observers like The Economist have been quick to hint that the fast period of 2004-07 was a one-off blip driven by a global boom, an uncharacteristic bout of tight fiscal policy and an unsustainable burst of corporate optimism; that India’s natural rate of growth is 6 per cent. Rating agencies are downgrading their forecasts for India’s growth towards 6 per cent.
Clouds over the economy are unlikely to dissipate soon. At home, the eight “core” industries (crude oil, natural gas, petroleum products, coal, steel, cement, power and fertilizer) regarded as indicators of future performance, grew by 2.2 per cent in April, down from 4.2 per cent in the same month last year. With a weight of 37.9 in the Index of Industrial Production, they are sure to pull down the industrial growth in April. More worryingly, the non-performance of infrastructure industries shows that basic inputs are getting scarcer throughout the economy — indicating both supply choke-points and weak demand going forward.

Outside, the world economy is slowing down, so export markets will be slack. Export in April rose by a measly 3.23 per cent, heralding tough times for exporters and continued pressure on balance of trade. With a large current account deficit of 4 per cent of GDP, India needs to attract $50-70 billion of foreign capital a year at present oil prices. But international money is fleeing to the safety of places like Germany and the US, so there could be capital outflow, which could put renewed pressure on the rupee.

At the height of the global financial crisis in the third quarter of 2008-09, the economy was supported by strong rural demand. The government also came forward with fiscal and monetary stimulus. Now, with agriculture growth already at 1.7 per cent and a below-normal monsoon being forecast, that reserve of demand will not be available this time around. And government, beset by high fiscal deficits induced by profligate spending and burgeoning subsidies, is no longer able to prop up demand. The recovery, thereof, may not be round the corner. In fact, there is no reason to suppose that the economy has even bottomed out.

Tragically, much of the injury is self-inflicted. The biggest factor behind the current growth weakness is uncertainty which has led to a sharp fall in pace of investment. Faced with mounting allegations of corruption and scams, the government has withdrawn into a shell and lost the stomach to take any decision posing the slightest political risk. The environment ministry suddenly became hyperactive and halted projects mid-stream. Companies today are not investing simply because they are afraid of frequent policy shifts or new conditions being laid when a project has proceeded midway.

The resultant uncertainty was exacerbated by the finance minister and his tax police. For instance, although the service sector remains the mainstay of growth, Budget 2012-13 has introduced enough obstacles around it, like imposing tax on what it calls body shopping and changed definitions of royalty. At a time when business confidence needs to be boosted, it has armed tax officers with powers to reopen accounts sixteen years old. At a time when every dollar matters, the government goes out of its way to spook foreign investors. Witness how Cairn was tormented, how Vodafone is hounded, how noises are made about Participatory notes (P-notes) used by FIIs with periodic regularity but without any clinching action or clarification.

As the crisis is not confined to a single sector, as problems on one front aggravate those on the other, there are no easy options and few well-defined solutions. High inflation makes cutting rates difficult as the fiscal response is still nowhere visible. As the rupee falls, RBI runs the full gamut of tough talks, policy changes and interventions on a meek scale, to finally admitting it cannot do much. A high interest rate environment makes investment costly, more so as the government can always shoot it down. The economy is now in a situation where it desperately needs a normal monsoon to push manufacturing growth to around 6 per cent.

There are silver linings to these dark clouds. Oil prices have sagged below $100 a barrel on fears of a global slowdown. Commodities other than oil have also fallen. CRB commodities index (which includes oil) has dipped by a sharp 22 per cent, from 352 a year ago to 273 now. Since India is a net commodity importer, this will help reduce the import bill in dollars, though domestic prices would not see much change because of the rupee’s fall. The rupee’s depreciation could help import substitution, aiding manufacturing sector. The last two quarters have seen some revival in gross fixed capital formation or GFCF (which includes everything from highways and airports through plant and machinery to schools and hospitals) heralding confidence in future.

What is lacking is leadership with a sense of purpose, direction and urgency. But the government is living in a denial. Whenever confronted with hard realities of economic growth, New Delhi’s policy makers insist that the policy environment is the same as in the high-growth years before the financial crisis, and so little needs to be done to fix the problem. Even as the growth decelerated quarter after quarter (from 7.7 per cent in the first (June 2011) quarter to 6.9 per cent in the second and 6.1 per cent in the third), they kept assuring us that the worst was over, that the economy had bottomed out, that better times were just round the corner.

This reckless optimism is no longer tenable. HDFC chief Deepak Parekh has rightly described the recent GDP data as a ‘wake up call’ for the government. The government has very little time to reverse the slide. It needs to show that it grasps the seriousness of the situation; it must introduce crisis reforms, including in subsidies, foreign investment and cash-guzzling populist schemes.

Going by the ways of the government, it is more likely to prove a wake up call in the wilderness. UPA keeps on promising a bout of reforms to boost confidence. But it is so divided, its behaviour so erratic and its record of delivery so poor that few believe this will actually happen.
The finance minister Pranab Mukherjee, for instance, held tight monetary policy partly responsible for the debacle. Yet he did nothing when the Reserve Bank increased interest 13 times in a row in a futile bid to control inflation. He has also blamed the euro zone crisis, while absolving himself and his budget of any responsibility. Faced with the daunting task of controlling fiscal deficit by cutting expenditure, Mr. Mukherjee has asked his colleagues to cut back on foreign tours and conferences in five-star hotels and not to create any new posts. That says it all.

Tailpiece: As if waking up from slumber, the government has announced a slew of measures to revive the economy. A large number of infrastructure projects (ports, airports, roads, rail projects etc.), requiring billions of rupees, will be awarded this year or soon. The idea is unexceptionable. Pursued properly, these projects would promote investment spending in the short term and remove bottlenecks in the long run. However, there is no mention of where the extra money will come from, no deadline for the completion of the projects. As usual, declaration of intent is regarded as a substitute for action. The annual update of foreign trade policy has got certain things right, but our policy cannot revive external demand for Indian goods.