Evangelism or Christianisation in India 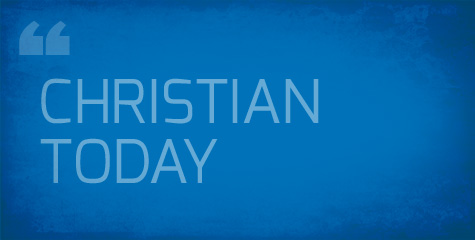 Is converting to another religion wrong? Is anger against person responsible for conversion right? What is making society so intolerance and taking path of violence? To understand this we need to look how Christianisation projects are planned and executed in unreached area.

As an Indian and follower of Hindu religion I would say that anger against person and organizations is obvious but it should not go out of control and should not be violent rather anger should be channelized in positive way to bring out positive things of Hinduism. Violence of the kind we saw in case of Graham Stain and his two young sons are not acceptable in a civilized society especially by followers of a religion is based on “Ahinsh parmo dharma “and “Vasudhaiva Kutumbakam” the whole world is a single family. Hindu’s society has been pluristic since very long. Indian shore always welcomed followers of different religions. Jews arrived in Indian around 2500 years back (562 BC) and were welcome by Hindu kings to settle freely in cochin. Later Christ followers brought his message and Jews settled in Cochin were first to convert to Christians. After that Paris arrived from Iran and Arab Muslims and Many others came for trade and spirituality of India. All new comers sought to live and let live philosophy and were well adopt by the tolerant Hindu Society in same way as sugar get dissolved in milk and complement it.

At later stage, 12th century and later, India started facing Islam Invasion and colonizing European Missionaries, and it was obvious that now they were not complementing the Hindu’s society but try to change society as they willed. We all know how Islam was spread in India, this is out of scope of this note, and how evangelism flourished in India during British Era.
Evangelism – a concept in which Christ followers invites non Christians and it’s their right to spread their religion and teaching of their religion. However, now a day’s what we see in India is Christianization? Christianization means the following: preparing plans, and executing these plans and evolving these plans to change Hindus into Christians by taking advantage of the ignorance and poverty (of the people) and whatever necessitates from similar circumstances. So, we are facing issue of taking advantage of circumstances, taking advantage of humanitarian needs, taking advantage of the lack of education for example, that these people (missionaries) use to take Hindus out of their religion.

There are many organizations in rich countries which are running projects to Christianise people. One of these project is Jausha .The project “Jausha” is designed and funded to provide best research and logistics for converting people to Christianity. The project has well identified and defined their preys who are unreached or under reached (from Christianity ) and populated in so called as 10x40 window – which mean 10 degree of north to 40 degree of north . This area is also known as resistant area as has major population of Hindu, Muslim, Sikh, Buddhist and many other followers of different religions. According to data available on the project’s website around 4.5 billion people live in this area and are divided.

These missionaries are pumped with foreign money and provided with strategy on how to lure most vulnerable class-SC/ST, of the Hindu society. They are focusing on Dalits –Who are still fighting to find respectable place in Hindu society which is allegedly governed by higher class and changing reluctantly. Initially these vulnerable people are afford pity money , or some other small helps, as less as 500 Rs, and help to attract them toward the bigger cause. I still remember when my maid was abusing few members of a church who had offered her 500 Rs and some Medicine and few weeks later she was invited to a church. She was unable to understand the reason behind the same until she was told to rub her “Sindoor” and stop worshipping Hindu God. She was lucky to escape from the clutches on missionaries but not every vulnerable person is lucky enough.

I mentioned here one case, but most of the conversions are based on false expectation supported with minor help which individuals receive initially. Dalits are lured to Christianity and later left in worst condition they were before conversion. Once converted these Dalits (or other people) are neither fully embraced in Christianity nor in their previous religion/society. There are few Hindu organizations which are trying to mend mistake committed, in false expectation, by these vulnerable people and trying them to bring home and help them to start a respectable life again.

We as Hindu, should stand united to help these people who have left Hindu is false expectation or due to some other reasons. It’s duty of informed and learned people to make these vulnerable people understand that Hinduism is the only way to lead a peaceful and good life. Conversion in false hope will never bring good luck but more messy life. Government should also try to create right atmosphere and make sure that people are not force or given wrong information when being lured for conversion. Government also need to check tourist and other kind of charity related visa, which are used by many organizations to spread hatred and promote conversion of false information and expectations.