Secularism as it's meant to be - Madhu Trehan shows the way 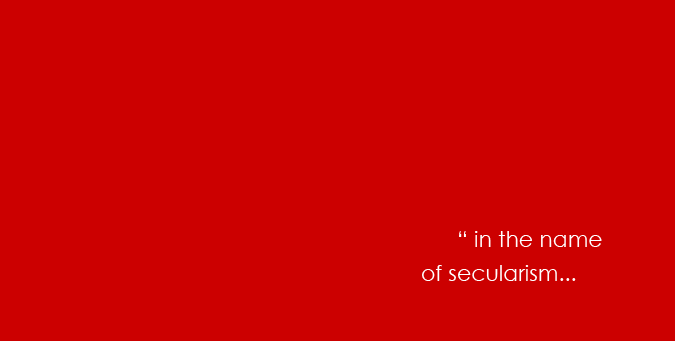 We live in times where praising Narendra Modi at once makes you ‘communal’ and calling him names automatically earns you an entry into the elite gallery of Indian secularists. And this epidemic has certainly contaminated a very large section of, what we call as a Main-stream media, for their relentless hate campaign against Narendra Modi. This gave rise to a Teesta Setalwad, and others like her, Teestaites – as I like to refer them. Teestaites are those breed of humans who care for the human rights of those who take utmost pride and pleasure in most mercilessly making other humans devoid of those rights e.g. terrorists, rioters, but subject to the condition that s/he must belong to the a certain community.

And so, when Azad Maidan incident happened despite sufficient intelligence input where a muslim mob was allowed to run riot, giving once again the feeling that we’re living in an Islamic nation, sort of a Greater Pakistan, and every sane and patriot individual condemned both the violence and the politically compromised attitude of the police chief, Teesta Seetalwad jumped into praising the Police’s act of allowing them to run riots, as ‘creation of a new history’ and almost congratulated the then Police commissioner for that.

Why the mainstream media entertains perjurers like Teesta to play with public opinion is no secret – as we know, Teestaites are there in main-stream media in good numbers. But what was heartening to see a befitting response from veteran journalist Madhu Trehan, who’s currently associated with Newslaundary. Her response can be read here. She minces no words in criticizing Teesta’s perverted pseudo-secularism which she so proudly wears on her sleeves as reflected in her article, and raises the right questions like why the Police Commissioner made the DGP let free an apprehended rioter.

To quote the last few lines from Madhu Trehan’s rebuttal, “But an article like this one by Setalvad-Anand is enough to turn me into what is called an Internet Hindu. India cannot afford to have different rules of engagement based on people’s religion, caste or gender. I believe that is enshrined in our Constitution. Destroying the Constitution for a vote-bank is worse corruption than black money. An incendiary article by Setalvad-Anand can do as much damage as violence in Azad Maidan.”

Her’s might be a lone voice in her fraternity today, but yes, she’s made a bold attempt from within the media fraternity for getting things back to how they should have been. I remember how articulate she was (as she usually is) in her interview with Kanchan Gupta on Newslaundary while discussing an aftermath of Ayodhya 1992 demolition which was that some section of Indian muslims who used to cheer for Pakistan against India in Indian cricket stadiums much to the silent anger of Hindus, simply stopped doing this disgusting thing out of fear. This is something, the present breed of those who pose themselves as journalists, but cannot distinguish Orange from Saffron in the National flag, and spread hatred by calling Lord Ram a ‘divine encroacher’ and spread conspiracy theories like Bangalore exodus was ‘RSS design’, would have never articulated.

Truly, Madhu Trehan (twitter.com/madhutrehan) deserves a salute for making an attempt, small yet significant, to set the media free from the crooks who have hijacked it and in the name of secularism, abuse and subvert the very Indian values and pride.