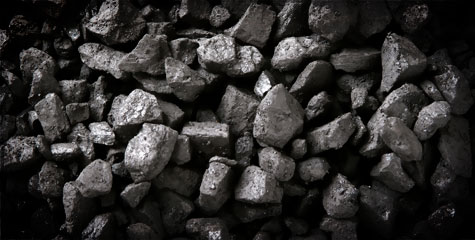 The Comptroller and Auditor General (CAG) of India tabled three reports in Parliament on Friday 17 August 2012 indicting the Congress-led UPA government for having caused major losses to the state through its policies on power, coal and aviation, totalling up to a humongous sum of 3.8 Lakh Crores. According to the figures provided by the CAG, the Coal mining scam is even bigger and shoddier than the infamous 2G scam, where at least some of the benefits were passed on to the final consumers in the form of increased competition and lower call charges. But that was not the case with unused coal blocks, which did not increase availability of coal, or lower the price of power or steel.

After coal nationalisation in 1973, the public sector Coal India Limited (CIL) was given exclusive rights of coal extraction in the country. But due to the increasing demand for coal after 1991 in the power, steel, and cement sectors, Coal India could not keep up with the increased demand without expanding its operations. Consequently, to boost coal production, the government decided to go for selective allocation of coal blocks (instead of competitive bidding) to a few major end-users in the public and private sectors, for captive use. This raises the legitimate question – why was a financially flush Coal India not allowed to expand its operations? Why weren’t more coal blocks allotted to CIL?

The CAG report narrates how the government favoured and benefitted private players through its policies. The report says that coal fields in the period 2004-2009 were allocated to private entities instead of being auctioned. This obscure allotment has resulted in an 186,000 Crore benefit to private players. The CAG report has bought Prime Minister Dr. Manmohan Singh under scrutiny as there are serious discrepancies during the period when he was in-charge of the coal portfolio. As coal minister, he is alleged to have allotted over 40 billion tonnes of coal at throwaway prices. The Prime Minister’s Office has also been bought under scrutiny as it delayed introducing the process of competitive bidding, though cleared by the Law and Justice Ministry.

Though the method of calculation of loss by the CAG has been criticised by ‘analysts' on several grounds, whatever the ‘true’ estimate, there is no doubt that there has been a substantial loss to the nation and the CAG has bought it out.
The CAG has named companies including Essar Power, Tata Steel, Tata Power and Jindal Steel and Power which have got the blacks in various states. It says the Anil Ambani-owned Reliance Power Limited (RPL) has been a major beneficiary; that the government conferred Rs. 29,033 Crore in “undue benefits” to RPL as it allowed RPL to use surplus coal from the blocks allotted for the Sasan power project for its other plants. The Government and the Congress party have already come out with a defence saying that the alleged loss is an inaccurate figure as the CAG has taken only general figures and not mine-to-mine. Yet, if the CAG did take on such a huge task of calculating losses mine-to-mine, it would not result in a clean-chit to the government’s opaque policy making.

Where Government has been caught in a tangle is the fact that after being allotted the captive mines at scrap prices, many private entities sold these companies (or partial equity) at huge premiums, while some actually sold coal in the open market in utter violation of contract stipulations. Coal mine allocation was done to augment the country’s coal output and ensuring uninterrupted fuel supplies to power plants. The whole purpose of allowing captive mining and expediting allocation of blocks was to boost production in the short to medium run (which did not happen).

In the light of coal shortage and pushed by private power producers, the Centre has been pushing CIL hard to sign Fuel Supply Agreements (FSAs) and minimum supply guarantee. The Prime Minister's Office (PMO) has been pushing hard for signing FSAs, to the extent that it even had a presidential directive issued to bring CIL to the table and sign said FSAs with projects ready by December 2010 and/or those to be commissioned by March 2015, and have long-term power purchase agreements in place. But opposition from independent directors and dispute with power producers over certain clauses has held up these agreements.

IIM-Ahmedabad director Samir Baruah, an independent director on the CIL board, has now raised a big question – is the government extending double benefits to some private players by forcing CIL to sign fuel supply agreements (FSAs) with those who have already been allotted captive blocks for their production needs?

“It would be myopic for (CIL) board to believe that coal-gate has nothing to do with signing of FSAs. FSAs are clearly designed to bestow favours to chosen projects and producers of power. If they also appear to be those who received largesse from the government in terms of allotment of coal blocks then we would also be guilty of favours to the same set of projects/owners,” Baruah wrote in an e-mail to CIL company secretary M Viswanathan on August 28. The question followed Government’s unusual step of issuing a presidential directive to CIL to sign FSAs with power projects guaranteeing to supply 80% of the contracted quantity or pay hefty penalty to project promoters. The directive was issued after the six independent directors, including Baruah, had blocked the FSA, doubting CIL's capability to meet the minimum supply guarantee. (link)

The real scam, therefore, is less about the monetary loss, but more about the mines being allocated to seeming end-users for captive requirements, and these users, who got the blocks cheap with hardly any penalties for not meeting production milestones, rather than producing coal were simply squatting on the mines (for windfall gains later). The CAG report states that mining was undertaken only in 28 out of the 86 captive coal blocks that were scheduled to take up production, and they failed to produce even half of what was targeted from those blocks.

Conclusion : Though the initial agreements signed with those allotted mines had clauses that the coal blocks would have to be returned if production deadlines were not met, the government did not enforce these clauses.

Government must now salvage the mess by taking back the coal blocks from those who have either been squatting on the resource, or have been selling the coal in the open market, or have sold equity at premiums (which suggests the true value of the resource acquired cheap), and impose heavy fines. These blocks and captive mines should be re-allocated only through the process of transparent competitive bidding. Or simply handed over to Coal India.

The government has been pushed to the limits, having even considered a vote of confidence, as the Opposition stalls the proceedings of Parliament. The mood of the nation inclines towards a mid-term poll, and the ruling coalition is well aware of this fact. Many key UPA allies can be seen actively preparing for mid-term polls and may even be ready to ditch the Congress and form a Third Front should the NDA fail to produce substantial numbers in the polls.