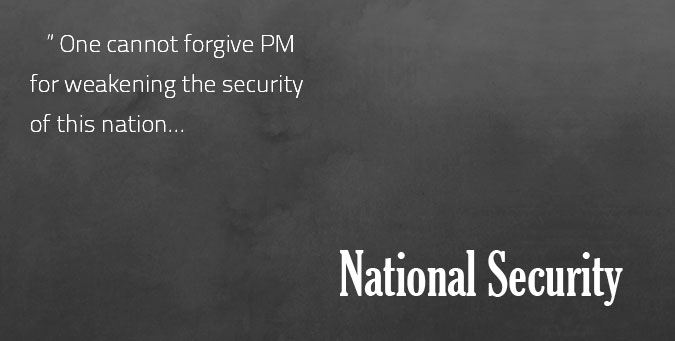 Indians are by and large a forgiving lot. What else explains our hopping from one tragedy to another without ever fixing accountability? We are not optimists but somewhere callous about our rights and duties as citizens. Maybe that's why we endure a PM who is becoming an epitome of incompetence and corruption.

PM Manmohan Singh has erred so much that he possibly is on the sin side of the line when one looks at the impacts of his mistakes. To start with, his silent slavish attitude to Sonia Gandhi and NAC clearly undermined the dignity and the authority of the PM chair. He sits as PM not as a man India chose but as a man who Sonia Gandhi chose. I doubt if next PM(s) will find it easy to get that respect back for the chair. But we have pardoned him for that.

When Manmohan Singh became the PM, all we knew about him was his work as the Finance Minister under P V Narsimha Rao. Hence, the expectations specially on economic matters were high. While one can excuse initial years of policy paralysis in economic matters saying Left thwarted it, how can one ignore that since 2008 N-Deal vote, he has no Left to worry about. And it is precisely in this period that economy has gone into a tail spin and crashed badly. His inability to stop or stall temporarily populist measures like FSB has only exposed his lack of convictions in his own economic beliefs. He certainly isn't a reformer as believed. For every ill which has hurt the economy, the PM and his government have just responded with blind FDI proposals. Result is that economy shows no signs of revival in near future. But we have, as a nation, forgiven that too.

Less said the better about corruption and the PM's explicit or implicit role in it. Never in history has a PM's office seen repeated scathing criticism by SC. Add to that the number of ministers who had to quit due to corruption and only when media, judiciary and opposition have taken the issue up. PM has silently allowed his colleagues to loot this nation and its resources. But this too nation can pardon.

But what's happening on security front cannot be forgiven. The government's political moves have divided the country security apparatus like never before. For once Intelligence Bureau looks like an unwanted step-child of the government as CBI (allegedly under Government political pressure) plays dangerous game on Isharat Jehan case. Let's not get into details of the case since too much of ink has been wasted on that. The bigger issue is that IB today seems to views CBI and hence the government with total suspicion. The divide is getting wider with the day. Wasn't it necessary for the PM to step in as a statesman and bridge the divide? As the head of this government, can't he play an active role to ensure country's intelligence officers don't feel victimised and unwanted? As a nationalist, does PM not owe it to the nation to give us a sense of security? Sadly, Manmohan Singh has failed in doing any of the above. He has literally allowed CBI to function as a Congress body and target anyone including IB to fulfill Congress' cynical agenda. Imagine the disaster that awaits India when country's main intelligence body and investigations body are at loggerheads. And the PM is silent and let's this wound get bigger and worse. This is unacceptable and can't be forgiven.