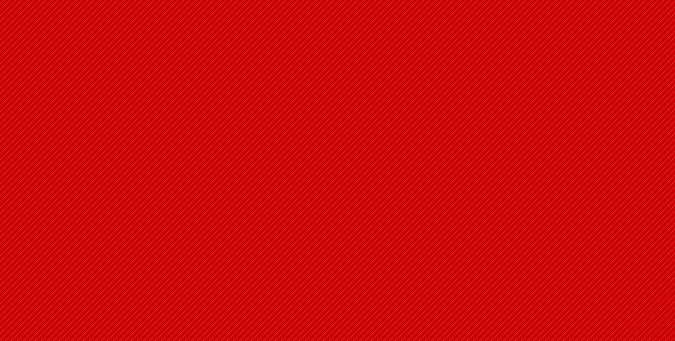 Those following currency exchange rates would have seen the almost daily violent fluctuations of the Rupee while on a trajectory that spirals down. Some would argue that market forces would stabilize the Rupee at some level and the average citizen should not be concerned about these fluctuations. What these eNREGA cheerleaders don't tell you is that the fall in the Rupee affects everyone of us in our daily lives and this is a fall that will not stop.

This article compares the Rupee with similar currencies around the world and examines causes for its fall and possible demise.

Even countries like Kyrgyzstan have currencies that are quoted at around 48 to the US$ and  have managed a stable exchange rate for over 2 years,while  the Rupee has devlaued steadily.

The twin devils of Fiscal and Current account deficit are like a cancer that is eating India and making its currency not worth the paper it’s printed on.

Fiscal Deficit : Fiscal deficit is literally the net income (or loss) that a country makes every year. We have consistently run a fiscal deficit because the government spends (loots?) more than the generated revenue. So in effect we are constantly selling the family silver (mines, public land, oil-fields etc) just to make ends meet. NREGA pushed India well and truly on the road to a debt trap and FSB will ensure that there is no way out.

The fiscal deficit is being dressed up in a variety of ways such as not accounting for IT refunds, sending spurious IT claims and pretending they are money receivable etc

Other fiscal sleights of hand include pushing purchases to the next financial year, freezing payments but not showing them as dues payable. The freeze of all plan expenditure (roads, ports etc) in the last quarter of 2012 has resulted in a severe slowdown to the infrastructure sector whose biggest customer is the government. And a recession/loss for these companies will cause a corresponding loss in tax revenues.

These accounting tricks are concealed by the media cheerleaders but the current account deficit cannot be papered over so easily.

Current Account Deficit (CAD) : CAD is literally your bank balance in a globally traded currency like the US$. As the economy totters due to mismanagement & corruption our imports have soared way past our exports.

We import everything from Diwali lamps to cycles to office furniture, because local industry has collapsed due to a hostile business environment. While exports have grown marginally imports of all and sundry items have skyrocketed.

Recently media cheerleaders of the UPA harped on the fact that the CAD figure had reduced from the previous quarter, but the devil always lies in the detail and they didn't mention that external borrowings had shot up. This is the equivalent of taking a loan to manage your daily expenses. True CAD must therefore be calculated by adding all External commercial borrowings to the deficit figure.

The government hopes that foreigners will come to invest in India to rescue us from this mess, but this is a pipe dream. From their perspective, it is better to invest when the Re is at 100 to the $ than when it is at 60. When Indians have no faith in the economy or the government, why should foreigners invest?

When you are in debt and need further loans to meet daily expenses, it is but natural for lenders to keep raising rates or equivalently demand more Re in exchange for $. This is the precipitous situation that India finds itself in.

Consequences of currency collapse : India is dependent on energy imports that are pegged in $. A currency collapse will cause the economy to come to a grinding halt. You will be left standing in a ration shop to buy 2 litres of Petrol or diesel for your vehicle along with your FSB quota of stale rice or wheat.

Energy shortages will finish off what is left of struggling manufacturing and industry.

Since India imports everything from cycles to Agarbattis, to milk powder the price of these items will skyrocket as there is no local industry to step in.

Many so called corporate in India post the Euphoria of the NDA years borrowed overseas, when the $ was priced at 40 to the Re (because the interest rates were lower). These have to be repaid in $, so they are looking at an effective long term interest rate of over 50%. If these companies go belly-up so will many Indian banks.

A catastrophic devaluation will also cause a market crash and many brokerages and possibly banks that are exposed will go belly up like the recent case of NSEL.

All of these factors will cause the economy to go further into a recession the likes of which India has not seen since Independence from Britain.

Unemployment will skyrocket, so possibly more idiots could be enrolled for Bharat Nirmaan advertisements.

Why are we in this mess? : Indians have always been fiscally conservative and Indian small businesses are true capitalists that have survived for decades inspite of stifling beurecracy and a wretched government.

However the combination of stifling beurecracy, judicial collapse, inadequate infrastructure, nonexistent higher education and mind boggling corruption has killed industry to a point where even Indians don't want to invest in India any more. There is almost no retail participation in the capital markets because people have lost faith in SEBI and believe the market to be rigged.

The addition of failed economists like John Dreeze (NREGA, FSB architect) to this cocktail through the NAC has been truly lethal. The first thing that a non UPA govt must do is to cancel his visa and prosecute him for criminal conspiracy to destroy the economy. High treason could an additional charge against him.

Normally a currency collapse causes exports to become competitive, but the reasons for the collapse of domestic industry are all structural and have nothing to do with the exchange rate. Reasons below

Given all these handicaps no wonder Indian Industry has collapsed and has taken the Re down with it. Even if the Re were to fall to 1000 against the $, nothing will improve unless the structural problems are addressed. The UPA had 10 years to set right the economy, but it seems they spent the time lining their pockets and made things go from bad to worse.

The Finance minister will have you believe that the fall in the Rupee is because of Indian's insatiable appetite for gold, but that is putting the cart before the horse. Indians invest in gold because they don't trust the government, or capital markets or the judicial system.

So brace yourselves folks for a hell of a ride. Prognosis negative may become demise inevitable.