NGO, Lies and the dangerous mask of Government 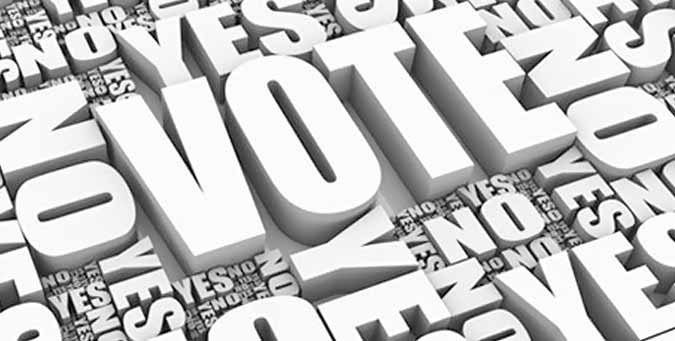 The results of the recent assembly polls in five states have been dissected threadbare. The relative performances and gains and losses of major players have been widely commented upon. The exercise is still going on from different perspectives. The commentators discuss 2013, but their eyes are fixed on 2014. In political analysis, all truth is partisan; no commentator is neutral against himself, to tweak a phrase from Lenin. Yet a few observations could be made fairly accurately.

First, the common man is seething with rage and discontent. Inflation, corruption and insecurity, especially of womenfolk, have become life and death matters for him. The economic downtrend has only added fuel to the fire. To say that he holds the ruling party at the centre chiefly responsible for this state of affairs is only half of the truth. The other half is that his rage is directed at the whole political system, which includes the opposition parties and regional players as well. At the same time, he is not blinded by rage; nor has he lost faith in democracy. He can sift out performers and is not stingy in rewarding them.

Secondly, the politics of caste and communal identities is fast losing its edge. Crucially, the Muslims no longer hold the key or veto to political power. Equally importantly, the politics of doles, freebies and subsidies has started fetching diminishing returns. While everybody loves a freebie, it is no longer a guaranteed vote catcher.

If this assessment of popular mood is not too widely off the mark, then it follows that the next Lok Sabha elections will prove to be a tsunami for Congress and those who are identified with the incumbent regime. Congress especially faces decimation in the coming polls as it did in the recent ones. This scenario is naturally causing deep consternation in the Congress. In fact, it poses an existential dilemma for the Grand Old Party. The issue is not loss of a few assembly elections now or even the Lok Sabha election next year. Congress lost three Lok Sabha elections (1977, 1989 and 1996) and many more assembly elections, and yet returned to power in 2004 and 2009.

What should really worry the Congress is the fact that its age-old political model is coming unstuck. Right from the days of the freedom movement, Congress has been functioning as a broad platform for diverse regional, caste, communal and economic interests under the umbrella of a supreme leader - Mahatma Gandhi, Jawaharlal Nehru, Indira Gandhi, Rajiv Gandhi and Sonia Gandhi, in smooth succession. The supremacy of the leader was essential to hold the diverse interests together and check centrifugal tendencies. Since the great split in 1969, the choice of the supreme leader has been restricted to the Nehru-Gandhi family. Such a model works best when the supremo’s writ runs unquestioned within the party and s/he is regarded as the tallest leader in the political space.

Now the High Command is no longer in full command. Andhra Pradesh Chief Minister Kiran Reddy’s open defiance of the party leadership on Telangana and the notice given by six Andhra MPs for a no-confidence motion against their own government shows how deep is the erosion of authority within the party. Sheila Dikshit openly blamed lack of support from the party as one of the causes of her defeat. Sharad Pawar, the main villain behind inflation in essential commodities which did the Congress in, is audaciously hectoring the party to do some introspection.

As the leadership weakens, the centre cannot hold. Sonia Gandhi is under pressure to lead from the front, but her health would prevent her from exerting herself beyond a point to rejuvenate the party, assuming that she still has some appeal left for the masses. Rahul Gandhi is increasingly recognized as a liability, and not an asset, for the party because of his ignorance of Indian conditions, aloofness, proneness to an easy life and a marked aversion for the hurly burly of grassroots politics. Priyanka Gandhi’s image has been sullied by the shady deals of her husband. The arrangement of retaining political power with the Congress president and delegating administrative authority to the prime minister is no longer working. Even if were, the family would be hard put to find another regent as loyal and docile as Dr. Manmohan Singh who has long outlived his utility.

Sonia Gandhi has promised to name the party’s prime ministerial candidate at an appropriate time, but there is hardly anyone who can catch the people’s imagination and counter Narendra Modi’s juggernaut. The party has presence across the country, but with each passing month it resembles more and more the Mughal Empire after Aurangzeb.

The Congress is bereft not only of leadership, but also ideas. Rahul Gandhi still wonders why ordinary people joined Arvind Kejriwal’s Aam Admi Party and not Congress. Why should they? To work as your palanquin bearers? To defend Robert Vadra? Senior Congress leaders still pin their hopes on winning back the Muslim votebank, rural job scheme, subsidies, entitlement laws on education and food etc. They are unwilling to face the grim truth that these policies have led to a collapse of growth, unprecedented rise in prices of essential commodities, spawned massive corruption, waste of public money and mismanagement. It is beyond their grasp that these policies and their consequences have led to the party’s defeat.

If the present drift continues (as is likely) Congress would fare no better in the Lok Sabha than it did in the recent assembly elections. It would be lucky to reach the triple figure.

That is why the next Lok Sabha election promises to be a competition for emerging as the best change agent. People are looking not just for another set of rulers, but also a very different kind of policies and economic management.

The BJP is keen to fill the vacuum that would be created by the likely decimation of the Congress. In fact, its supporters, who include a large number of industrialists and investors both Indian and foreign, seem to have assumed that Narendra Modi’s BJP fills the bill adequately. Their body language indicates that for them it is only a matter of time before India moves to a BJP-led government at the Centre.

Not surprisingly, the BSE Sensex rose to a record high the day after the main Opposition party secured an absolute majority in three states and emerged as the largest party in the fourth. The benchmark Sensex gained as much as 2.3 per cent to a record high of 21,483.74 points and the rupee hit the four-month high of Rs. 60.84 before falling back subsequently.

Is the optimism justified?

The BJP is perceived by many investors as being more business-friendly, and its good showing on state elections are raising optimism about its chances ahead of general elections due by May next year. Those who warned that BJP’s prime ministerial candidate Narendra Modi’s presence in the arena would scare away voters and hurt BJP have been proved wrong. It would be now easier for BJP to get allies than it was before these elections.

The optimism, however, needs to be tempered with two sets of considerations. First, any kind of complacency could cost the party dear and land it in a situation similar to the one it is facing in Delhi. There are powerful party spoilers and BJP could ignore them only at its peril. Second, lifting the economy out of the morass in which it finds itself now will be a slow and painful process. It will be take some time for the country to return to the high growth path.

We must also remember that the recent elections did not cover UP and Bihar, numerically the most important states in the Lok Sabha elections with a large concentration of Muslims. BJP’s competition here is not against a discredited and decimated Congress, but deeply entrenched regional parties with powerful social bases. Then there are large swathes in the east and the south where the BJP has little presence and where the regional parties, emboldened by the Congress’s rout in recent elections, will be inclined to fight elections on their own. It would be folly to extrapolate assembly election results to these states uncritically.

For all the momentum generated by the assembly poll results, Mr. Modi is in for a long haul. The Congress, though in deep trouble, will pull out all stops to stall his advance by giving him a bad name and by doling out all it can to its potential vote banks.

The first ploy in this plot is already visible: Denying Modi credit for BJP’s performance. We are now told, not just by Congress leaders but also by liberal-leftist commentators, that Modi contributed little to the BJP tally in various states, that the assembly elections are were fought on local issues, that BJP chief ministers like Shivraj Singh and Raman Singh won on the strength of their performance and Vasundhara Raje by the strong anti-incumbency wave, all aided by infighting in the Congress camp. If there was a Modi wave, why couldn’t the BJP conquer Delhi, they ask. Modi’s supporters naturally attribute the lion’s share of credit to him. Both sides need to be asked the same question: how would you have apportioned the blame if BJP had suffered a humiliating defeat in all the states?

The truth as always lies between the extremes. BJP did not win only because of Modi, but without Modi its victory would not have been so spectacular. Congress would have lost in Madhya Pradesh and Rajasthan anyway, but the humiliating drubbing that it received must be credited to Modi. In Chhattisgarh, Modi’s spirited campaign at great risk to his own life enabled Raman Singh to retain the state in a keen contest with a decent margin, against the combined onslaught of Maoists, missionaries and mining mafia. In Delhi, he helped the BJP overcome the consequences of its long lethargy, serious infighting, imprudent ticket distribution and strong competition from Arvind Kejriwal and his party and emerge as the largest single party. But for him, AAP would have gained a simple majority on its own.

The BJP should be particularly wary of the emergence of Arvind Kejriwal and the AAP as a rival alternative to the Congress in urban areas. By any yardstick, the performance of the AAP must be judged spectacular. It would be no exaggeration to say that as of today he and his party represent the angst of the urban Indian and the young generation far more authentically than the BJP. AAP has been embraced by those who are fed up with run-of-the-mill party politics and are yearning for a clean and people-centric alternative. If AAP contests Lok Sabha elections on a large scale as announced, it could give BJP a run for its money in urban areas with young voters.

Regional parties have interpreted the AAP’s performance in Delhi to mean that whenever there is a third alternative to the Congress and BJP, the voter would prefer that. That is self-serving nonsense. AAP was preferred because it was perceived as a symbol of radical change. But the regional parties are far from symbolizing any change from the past - their own or the country’s. But the latest results will encourage them to fight independently and maximize their tally to get a better bargain in the post-poll arrangements.

All in all, the next Lok Sabha election will be a competition for emerging as the best alternative to the Congress and its allies. The results of the recent assembly elections have generated fresh momentum for the BJP and its prime ministerial candidate. But any kind of complacency could cost the party dear and land it in a situation similar to the one it is facing in Delhi. There are powerful party spoilers and BJP could ignore them only at its peril.