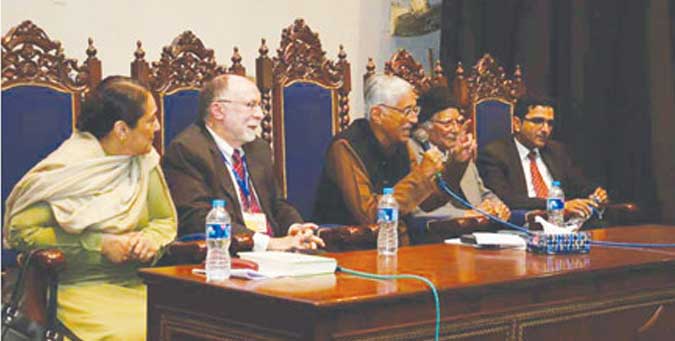 There is little doubt that Gandhiji was anything less than a rockstar and a hero for millions. There is 1 thing however Gandhiji opposed vehemently, that was the partition of India on the lines of religions. The state of jammu & Kashmir remains a bone of contention between the 2 neighbouring countries. However from a completely legal point of view, the region belongs to India as the rule was, for a princely state, it would be the ruler of the state, who would have to choose whether to stay with India or with Pakistan, provided the territory had physical access to the country.

For example the state of erstwhile Hyderabad (ruled by Nijam then), wished to be a part of Pakistan, but it had no physical access to the country, hence his demand was illegal. Same logic applied to the princely state of Balochistan, who had aspired to be a part of Indian Republic, but for physical accessibility. For Jammu & Kashmir, the ruler chose to be with India. Ever since then, Pakistan has tried every arrow in its quiver to ensure that Jammu and Kashmir is seceded to Pakistan. It’s all powerful spy agency which is arguably one of the best and most spy agencies of the world has its primary target in breaking Kashmir from India and annexing it to Pakistan

Who is Rajmohan Gandhi : His surname is enough to give him all the credibility of the world he needs. Rajmohan is the grandson of Mahatma Gandhi, a name any Indian would be fond of. Rajmohan is a research scholar and has spent a good amount of his time in the US.

Rajmohan is not new to politics and has unsuccessfully contested against Rajiv Gandhi in 1989 in Amethi, but as Indian Media is infamous for these days, creating a halo around dud candidates who are associated with the Aam Aadmi party. Speculations are high that AAP may field Rajmohan against Narendra Modi after Arvind Kejriwal chickened out at the thought of contesting against Modi in a public interview to NDTV. The aprty which is desperate to stop Modi at any cost in 2014 needed a credible face to take on Modi in his own seat. Rajmohan Gandhi, the grandson of Gandhiji, couldn’t have been a better choice. With an unassailable media support that AAP is enjoying, it seems almost impossible that, Media will discuss about Rajmohan Gandhi’s past and his failed electoral adventures. Although Rajmohan was an MP in Rajya Sabha for a brief period of time.

Rajmohan and soft corner for ISI and love for AAP

With views as these, it was natural for Rajmohan Gandhi to join the Aam Aadmi party, whose leaders have overtly and covertly at different instances, stated their hidden agenda of breaking Jammu & Kashmir from India. With the company of the likes of Prashant Bhushan and Kamal Chenoy (AAP leaders who favour referendum in J&K), Rajmohan would find it easy to propagate his views on this issue, which is not much different from ISI.

Ours is a democracy and anyone is allowed to fight elections, but for the better, more and more information must be available to the public. It is natural for the Aam Aadmi party to pull every trick in its hat, to stop Narendra Modi, because he is the only one who standfs between their J&K agenda. What would be better to field Rajmohan Gandhi against Narendra Modi, both sons of Gujarat and what better way to get a positive coverage that Gandhiji’s own grandson is a part of the Aam Aadmi Party now. If Rajmohan were to fight his election against Narendra Modi, backed by a solid PR work of Indian Media, the picture would only be half shown. There is always other side of the story and I intend to show here.