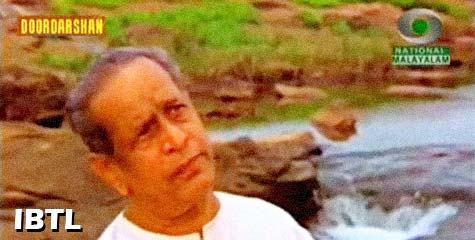 Joshi was born in Gadag district of northern Karnataka, to a Kannada Madhwa Brahmin family. His father, Gururaj Joshi, was a school teacher. Bhimsen was the eldest in a family of 16 siblings. Some of the siblings still live in their ancestral home in Gadag. As a child, Pandit Bhimsen Joshi's craving for music was evident to his family as he managed to lay his hands on a 'tanpura' used by his 'Kirtankar' grandfather, which had been kept away from his gaze at home. Music had such a magnetic pull over him that a 'bhajan singing' procession or just 'azaan' from a nearby mosque was said to draw him out of house.

Musical training : Until the first half of the 20th century, khyal was principally taught in the Guru Shishya (master-disciple) tradition. Bhimsen's guru Sawai Gandharva was the chief disciple of Abdul Karim Khan, who along with his cousin Abdul Wahid Khan was the founder of the Kirana Gharana school of Hindustani music.

Search for a guru : Joshi heard a record of Abdul Karim Khan's Thumri "Piya Bin Nahi Aavat Chain" in Raga Jhinjhoti when he was a child, which inspired him to become a musician. In 1933, the 11-year-old Joshi left Dharwad for Bijapur to find a master and learn music.

Sawai Gandharva : In 1936, Rambhau Kundgolkar (alias Sawai Gandharva), a native of Dharwad, agreed to be his guru. Bhimsen Joshi stayed at his house in the traditional guru-shishya (teacher-student) tradition, gleaning knowledge of music from his master as and when he could, while performing odd-jobs in his house. Another renowned vocalist from the Kirana Gharana, Gangubai Hangal, was a co-student of Bhimsen during this time. Joshi continued his training with Sawai Gandharva till 1940.

Legacy : Bhimsen Joshi was known for his powerful voice, amazing breath control, musical sensibility and grasp of the fundamentals, representing a subtle fusion of intelligence and passion that imparted life and excitement to his music. A classicist by training and temperament, Pandit Bhimsen Joshi was renowned for having evolved an approach that sought to achieve a balance between what may be termed as "traditional values and mass-culture tastes" and as such he went on to have supposedly the largest commercially recorded repertoire in Hindustani vocal music. His greatest endeavour in perpetuating his legacy could be the Sawai Gandharva Festival held at Pune annually since the year 1953 which seeks to promote a certain music culture.