Gujarat govt has nothing to do with Sanjiv Bhatt's arrest: Jaynarayan Vyas 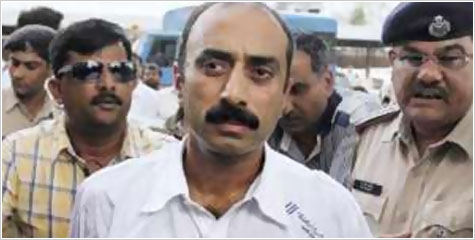 Vyas affirmed that "As per the law of the land, any accused is liable to be arrested following a complaint by a citizen. In Sanjiv Bhatt's case, too, the law is taking its course.

Vyas also attacked Bhatt's career record and said that the police officer had faced several criminal charges ever since he joined service in 1988.  He emphasized that there had been cases registered against him even before 2001 when there was no Modi government.  He attacked the "prejudiced Congress" for continuing to link his arrest to the chief minister, exposing its intention to malign the state government. Vyas said that Bhatt's arrest had exposed the collusion of  Congress and the anti-Narendra Modi NGOs in their attempt to save the defaulting officer.