Dams are not permanent, Lesson from Mullaperiyar 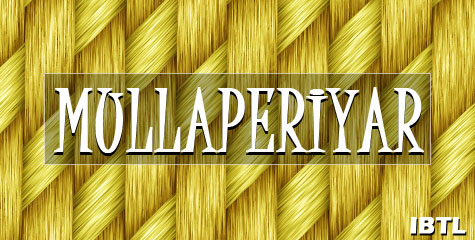 The Mullaperiyar Dam was built about 100 years ago in Tamil Nadu on the border of Kerala. The dam has become weak since then. There is some leakage of water. People of Kerala apprehend that it may break some day. In such an event large amounts of water and sediments will flow through Kerala and destroy fields, villages and cities. People of Kerala are demanding that the dam be dismantled and a new safe dam be built. The Government of Kerala is willing to pay the cost of reconstruction. People of Tamil Nadu, however, are not convinced. They feel that the dam is safe and politicians of Kerala are whipping up public fervor for their political gains. Reconstruction of dam will take time and Tamil Nadu will be deprived of the benefits during that period which may extend to five or more years.

Safety of the dam is a matter of debate. But the very existence of such doubts establishes that dams are not permanent structures. They have a finite life which may extend to a few hundred years at most. One can see the ruins of forts and palaces across the world. These grand buildings could not survive indefinitely. So also with dams made of the same cement and steel. Many dams have been removed in the United States because of such safety considerations.

This fact is important for people of the whole country because large dams like Bhakra, Tehri, Narmada Sagar, Tungbhadra and Renu Sagar have been made in various parts since Independence. In coming times these dams will face the same face as Mullaperiyar is facing today. However, unlike a small dam like Mullaperiyar, it is nearly impossible to reconstruct a large dam like Bhakra. Reason is that huge amounts of sediments are deposited behind the dam. These sediments will flow down in a gush along with the river water when the dam is removed for reconstruction. These sediments will entirely cover the downstream towns just as lava flowing from a volcano destroys the cities. This leads to an insoluble problem. It is necessary to remove the dam for reconstruction but the dam cannot be removed because of the sediments deposited behind the structure.

Man Mohan Singh is determined to make new dams on every inch of the flow of every river of the country. Many new large dams like Bhakra are planned as well. He, however, does not inform the people of the country that these dams have a life of a few hundred years and thereafter they will become an insoluble problem. Reason is that Manmohanomics is focused entirely on the short run gains. Thinking is that the problem of leaking dams will be faced by future generations a hundred years or more later. We need not worry about this now. We must generate evermore amounts of electricity so that the air-conditioners of the rich can run smoothly today; and aluminium can be produced for making windows of five-star hotels. Man Mohan Singh is happy to impose huge costs on future generations for securing benefits today.

Solution to this problem is available though. The Edwards Dam was made on Rappahannock River in Virginia State of America. The river water was diverted by this dam into a canal which supplied water to the city of Fredericksburg. Hydroelectricity was generated from the remaining water before being discharged into the river downstream. The dam had become unsafe like Mullaperiyar has become. Also, there has been huge increase in environment awareness in America in the last few decades. People started demanding removal of the Edwards Dam so that the fish could reach their spawning grounds and people could engage in water sports like canoeing and kayaking.

The Government came up with a novel solution to meet the triple objectives of removing the unsafe dam, supplying water to Fredericksburg and restoring free flow of river. An artificial Motts Run reservoir was constructed across the hill ridge near the River. Water is nowadays pumped out of the Rappahannock when flows are adequate and stored in the Motts Run Reservoir. Water is released from Reservoir and supplied to the City of Fredericksburg when required. Water is also released back into the river when flows are lean. The Edwards Dam has been removed by placing explosives after the Motts Run Reservoir was constructed. In this way all the objectives have been met: the unsafe dam has been removed; River Rappahannock flows freely to the happiness and satisfaction of sportsmen and environmentalists; and the City of Fredericksburg gets water. In addition, River Rappahannock has more water during lean periods.

Bhakra, Tehri, Narmada Sagar and other large dams can be removed similarly. Off-stream artificial reservoirs can be constructed at appropriate places away from the flow of the river. Water of the river can be diverted into these artificial reservoirs during monsoons. Water can be released for generation of electricity and for supply to farmers during winters and summers when the need is greatest. These artificial reservoirs can be emptied before the monsoons and the accumulated sediment can be removed. The walls of these reservoirs can also be reconstructed because there will be no incoming river water that would obstruct the work. In this way the dam can be made permanent and the welfare of future generations can also be protected.

Manmohanomics does not allow adoption such environmentally benign and sustainable options, however. The cost of making an artificial reservoir to store large amounts of water is high. It is cheaper to make a dam on the river because it is already hemmed in by hill ridges on both sides. The higher cost of making reservoir translates into higher cost of electricity. Say, the cost of generating electricity from Bhakra is Rs 4 per unit. The cost of generating electricity from the artificial reservoir may be Rs 6 per unit. Man Mohan Singh is not interested in artificial reservoirs because he is single-mindedly focused on generating cheap electricity which is mostly consumed by the rich. Man Mohan Singh wants cheap electricity today even if the life of future generations is sacrificed. Thus he has made a policy that every inch of every nala and river in the country should be dammed as soon as possible even if that leads to the collapse of our civilization tomorrow. He has made a task force to speed up making of dams on all the rivers.

People of Tamil Nadu and Kerala are to be congratulated for bringing the attention of the people to the impermanency of the dams. They should demand that Mullaperiyar be dismantled and an off-stream artificial storage be constructed so that such a problem does not ever arise again. People of other parts of the country should similarly demand the dismantling of Bhakra, Tehri and Narmada Sagar before the deposit of sediments becomes so large that it becomes impossible to remove and reconstruct the dams.