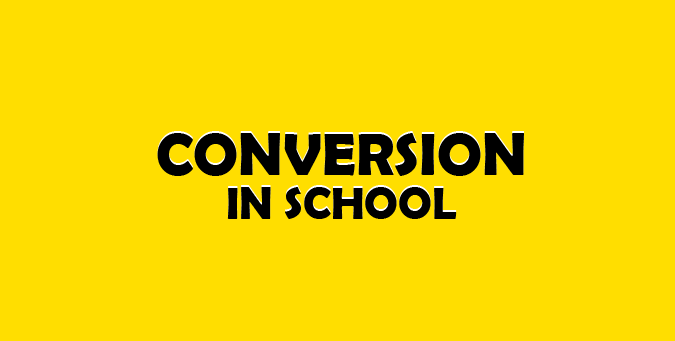 Maharajganj (UP), April 10: Six people, including a Christian priest, were injured and four people including RSS zilla prachark were arrested, when Hindu groups opposed a mass conversion program organized here at a missionary school on Sunday. BJP and other Hindu organizations staged heavy demonstrations at the police station against the partisan approach of police, who registered cases against both the groups, but arrested only RSS workers.

It is learnt that, a program named “Chutkara” was organized between 6 to 8 April at Everest English School near Sadar Kotavali. When Hindu organizations in the town learnt that some religious conversions were carried out in program on Saturady, RSS district pracharak Lalji along with Rajesh Madheshiya and two others went there to enquire about it the next day. They found that a huge gathering of “Banjara”s (a prominent tribal cast in this area) was organized at the school and Christian missionary Ramchandra Vishvakarma along with his wife Vimala were there to deliver key note, awakening and baptism. When Lalji tried to raise objections, there was heavy exchange of words that led to dispute amongst priest, principal of the school and RSS members. Both the groups reached to scuffle wherein six people including the priest and his wife got injured. Both the parties reached police station and filed complaints against each other, after which police arrested four persons including RSS district pracharak.

It is being alleged, that RSS members interrupted the program and attacked the Christian priest while RSS has said that when its workers reached the venue to get information of the program, they were attacked by the missionaries. Priest and school principal registered first information report under sections 147, 323, 504,506 and 427 of IPC against Hindu orgainisations in police station. While Hindu organizations registered their complaint alleging that they had been attacked and looted. Bharatiya Janata Party members staged heavy protests at the police station when they learnt that police have taken a partisan approach and RSS zilla pracharak has been arrested. They demanded unconditional release of all RSS workers.

It is also learnt that this program was being organized with prior permission of deputy district collector. People are questioning the intentions of district administration, as there had been many disputes over such programs earlier and it is a well known fact that programs like “Changai” and “Chhutakara” are meant for religious conversions and they are generally organized with help of schools.