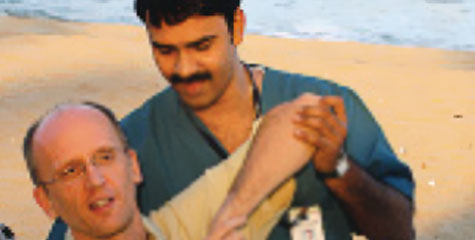 The level of globalization has to be measured by both capital as well as labour mobility. the developed countries do not allow labor mobility but instead seek full freedom of capital flow and complete market access in developing countries. This issue has the potential to jeopardize the Indo-US business ties and hurt their business propositions, finds Dr. Deepak K. Srivastava

The Emergency Border Security Supplemental Appropriations Act in United States increased visa application fee by at least $2,000 for next five years, on those companies that have less than 50% of their employees as American citizens. It is estimated visa fee hike would raise nearly $550 million out of $650 million that will be spent for increasing the security of the US-Mexico border.

Increase in application fees for H-1B and L visas, the visas most sought by Indian IT professionals will have an adverse impact on the competitiveness of Indian companies, which account for about 12 per cent of the total number of visas issued by the US.

It seems such move is initiated by policymakers to address unemployment issue. Moreover, government does not want to be seen in anyway opposing a measure which is strengthening border security and economic interests.

No doubt US firms have been able to sustain by accessing cost-effective information technology solutions delivered by the Indian IT sector. Restriction imposed on inflow of Indians to work in the USA is to be considered antiglobalization act. The level of globalization has to be measured by both capital as well as labour mobility. Unfortunately, the developed countries do not allow labor mo-bility but instead seek full freedom of capital flow and complete market access in developing countries.

Since neither developing nor developed countries can do much to confine a skilled professional to home turf, the practical thing would be to allow labour mobility across countries. That can contribute in the form of remittances to sending countries and would foster investments in social infrastructure. Skilled migration may well be turned into ‘brain gain’. While receiving countries would benefit in terms of value, expertise and cost effective skilled labour that help firms strengthen their global competitiveness and to fuel innovation.

US’s concern over the negative impact of inflow of India is unwarranted. The challenge of United States is to make American workforce more competitive in the global marketplace. The reason for job loss is sluggishness in the United States economy characterized by the slow growth rate which is attributed by secular trends of economy like poor saving rate of households etc.

Hike on visa fee will increase cost of doing business of Indian IT companies and cost will be transferred to customer like US firms. US firms, confronted with higher costs due to the new act, will be an incentive to move more jobs and businesses offshore, that is also seen a cause of job loss in protectionist lobby of US. Moreover, the US government will lose the $1 billion that Indian firms pay as social security contributions for their skilled professionals living in the US for short period. The visa row will have a direct impact on the fast growing economic ties of US with India also. The United States has become India’s leading trading partner in post reform era, mostly due to the growth in India’s exports to the United States. The bill does not take into account the significant economic impact this will have for the United States economy. This issue has the potential to jeopardize the Indo-US business ties and hurt their business propositions. Perhaps these are the reasons why the US government has moved into action to initiate talks with the political and corporate leaders over the issue.