Its time to peel the onion, layer by layer : Dr. Devinder sharma 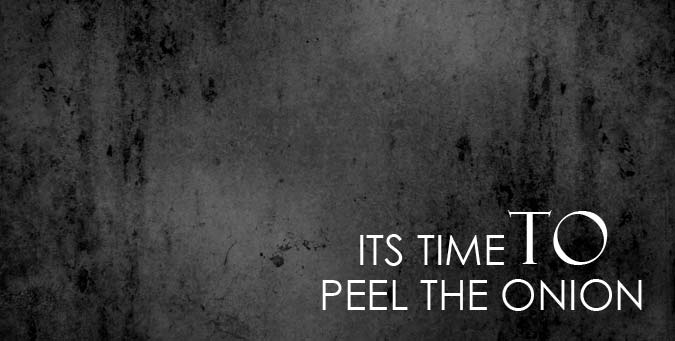 The stage managed crisis to justify the approval for FDI in multi-brand retail. There is more to onion prices than what meets the eye. And it is time to peel the onion, layer by layer, pleads - Dr. Devinder sharma

No sooner did the onion crisis erupt on your small screen last week, following the retail prices jumping from Rs 35/kg to Rs 60-80/kg, Minister for Commerce Anand Sharma was the first one to make a statement. Even before the Food and Agriculture Minister Sharad Pawar opened his mouth, Anand Sharma had told the nation that the onion crisis was because of hoarding, and that the country had enough stocks.

This year production of onions has been a record with at least one million tonnes more onion produced than the previous year.

I wonder how and why Anand Sharma made this statement. After all, agriculture is Sharad Pawar’s beat and normally Cabinet Ministers tread carefully by not transgressing into the domain of a fellow colleague. Even if Anand Sharma commented because he looks into trade, the fact remains that he has never commented earlier when prices of sugar and dal for instance had touched the roof.

As the evening progressed, and the UPA government went into a tizzy, Nafed’s managing director Sanjeev Chopra expressed surprise at the sudden price rise. He told the media that there was roughly 20 per cent more supply, and despite the rain damage to the standing crop in September when the sowing takes place in Maharashtra and Rajasthan, the price rise defies any logic. I agree with Sanjeev Chopra. He was being forthright and honest.

While all kinds of explanations were being tossed around, what became increasingly clear was that the trade — middlemen, in this case — had made a killing. But what remains hidden from public glare is that the entire onion price crisis is stage managed. It has been created to justify the need to bring in big box retail.

Within the next two days the government went into a massive salvage operation. Knowing well that onion prices have in the past brought down the government, not once but twice, UPAII didn’t want to take any chances. Exports were immediately banned, import duties were brought down to zero, crackdown against hoarders began simultaneously, and lo & behold the prices began to come down.

Meanwhile tomato and garlic prices began to rise. While tomato prices ruled high in Delhi (rising to Rs 40 a kg in retail markets), again there was no reason for tomato prices to rise. In fact, as metros witnessed tomato prices going out of reach, the irony is that Jharkhand farmers were dumping tomatoes on road for want of a fair price.

Coming back to onions, before the prices had even stabilised at Rs 50-60 per kg, Anand Sharma moved swiftly to talk to his fellow colleagues on Dec 23 about the need and possibility of opening up to multi-brand retail. In other words, in the midst of a crisis situation, Commerce Minister found time to ‘discuss’ with his Cabinet colleagues the possibility of inviting multi-brand retail into the country.

For the benefit of some of our readers, when we say multibrand retail we are talking of big box retail like Wall-Mart and Tesco.

At a time when the Cabinet Secretary was monitoring the onion price situation on an hourly basis, Commerce Minister was confabulating with his ministerial colleagues about multi-brand retail. Finance Minister Pranab Mukherjee , Home  Minister P Chidambaram, Defence Minister A K Anthony had taken part in these discussions. Why the urgency? Anand Sharma replied: “Policy formation is a dynamic process, and we are very progressive and forward-looking.” Surely, Mr Sharma. We know what you mean by ‘progressive and forward looking’.

In fact, he also met media persons the same day to tell them about the dynamics of FDI in retail. A journalist asked him about the link FDI in retail has with the soaring onion prices. According to The Hindu (Dec 24) “While Mr Sharma rejected the argument that there was a link between the soaring onion prices and the opening up of multi-brand retail to foreign direct investment, the demand for liberalising the sector has been intensifying, especially in the wake of the wide gap between wholesale prices and retail prices.”

Now if you are wondering how can someone be planning (and succeeding) in raising onion prices across the country, I want you to remember the sudden eruption of dropsy several years back, which took quite a human toll. Dropsy was blamed on poisonous argemone seeds which had slipped into mustard oil extraction process. This was, as we now know, done to build a market for packed mustard oil. And surely, the sales of loose mustard oil has gone down drastically after that incidence.

Howcome, argemone seeds never found their way into mustard oil after that? More recently, according to a leaked US diplomatic cable released by WikiLeaks, in a January 2008 meeting, US and Spain trade officials strategized on how to increase acceptance of genetically modified foods in Europe, and among the measures included inflating food prices on the commmodities market.

Allowing big box retail into the country is no less a priority for Manmohan Singh government than the nuclear treaty. President Obama had pressurised India to open up when he visited India in November.  Before that, British Prime Minister David Cameron had sought the opening up of Indian market for big box retail when he had made a visit. And more recently, French President Nicolas Sarkozy had also promised more investments if India opens up to retail FDI.

The G-20 has also directed member countries to remove all hurdles in accepting multi-brand retail. It was primarily to meet this directive that the Department of Industrial Policy and Promotion (DIPP) had floated a completely flawed discussion paper on allowing FDI in multi-brand retail. Consultations with the stakeholders (?) have also been completed by the Ministry of Commerce.

Both Sharad Pawar and Anand Sharma are in favour of it. Since there is opposition to multi-brand retail FDI within the Congress party, the onion price drama had to be stage managed. While your tears have by now dried, let us wait and watch how soon the UPA-II gives us another breaking news.