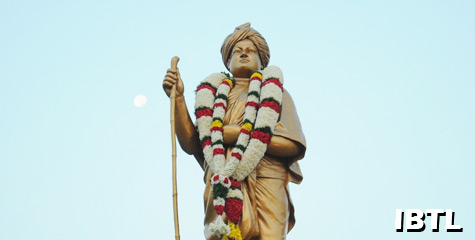 Even at Hollywood studios, only a few movies (Tom Hanks 3D Model in Polar Express and Anthony Hopkins 3D Model in Beowulf) have attempted realistic 3D models of humans and even so with living ones. With Swami Vivekananda, it's much more complex since photographic references are only available. Padmashri R M Vasagam, distinguished space scientist at ISRO, inaugurated the facility at Vivekananda House. He also previewed the first 3D animation movie using 3D Glasses on Swami Vivekananda in the theatre. Viewers were very excited about the launch of such a facility and expressed great enthusiasm and excitement about the same.

Vivekananda House is the place where Swami Vivekananda stayed for 9 days on his return from the West in February 1897. The patriot saint, known for his deep love of India and its heritage, met multitudes of people who thronged the place to meet him.