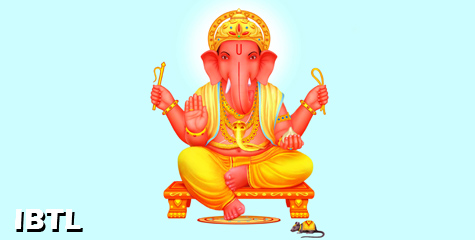 Performing Holy and Religious festivals not only give us happiness, bliss and peace while alive, but help us gain momentum after death. These make us aware of the seasonal changes in Nature, increase our devotion and give us spiritual benefits and education in observing these festivals and religious observances.

Holy and Religious festivals and observances have a scientific base. Celebrating with rituals (karmakand) results in generation of chaitanya (Divine consciousness) and that helps even a materialistic individual on the path towards God. The festivals and observances are so important that they occur on 75% of the Hindu calendar dates (tithis). This enables a person to exercise restraint in his life, so that gradually the person becomes accustomed to a disciplined life.

While we see celebrations of these Hindu festivals with pomp and gaiety, it is important for us to exercise extreme care and alertness and ensure that the purity of these rituals is maintained and no act results in the denigration of Deities. In the spiritual sense, each Deity is a unique Principle. It is coexistence of the energy related to words, touch, taste, form and fragrance which reside together. Great care should be taken to prepare an Idol correctly as per the Science of making idols or else it will not attract the Principle of the Deity. Thus, a devotee worshipping such an Idol will not derive any benefit. At the same time, it will also amount to denigration of the Deity.

Sree Ganesh Jayanti : Sree Ganesh Jayanti, the day on which the Ganesh frequencies reached earth for the first time, i.e. the day on which Sree Ganesh was born, is the fourth day (chaturthi) of the bright fortnight of the Hindu lunar month of Maagh, this year this auspicious day falls on 26th January. On the particular day of the festival, a clay idol of Sree Ganesh is brought and ritualistically worshipped for 1 to 10 days depending on the tradition in family. It is then immersed in water. On this auspicious occasion, we can do maximum efforts to derive spiritual benefit from heightened presence of Sree Ganesh principle on earth. One can chant Sree Ganesh’s Name ‘Om Gan Ganapataye namaha’ , 3 to 9 turns of a mala (108 stringed beads). In addition to this, a devotee should worship Sree Ganesh's idol or picture, ritualistically. From this one can derive the benefit of Sree Ganesh’s Divine energy and Divine consciousness that come to earth in higher amounts on this day. Reciting Sree Ganesh Atharvashirsha (stotra, holy verses in praise of Sree Ganesh) adds to these benefits.

From this one can derive the benefit of Sree Ganesh’s divine energy and divine consciousness that come to earth in higher amounts. The devotee then derives 100% benefit from the heightened Sree Ganesh Principle on earth.

A. With the worship and remembering of Sree Ganesh at the commencement of any task, the ten directions are cleared. This means Sree Ganesh makes the necessary Deity’s principle available to us. This is called ‘Mahadvarpujan’ or ‘Mahaganapatipujan’.

B. Sree Ganesh converts man’s language of sound into the language of light of the Deities and vice versa and thus conveys our prayers to the Deities.

C. Most people in society have many difficulties in life. Physical and mental distress is suffered due to negative energies. The distress of negative energies can be eliminated by chanting the name of Sree Ganesh with spiritual emotion (bhav).

A question commonly asked regarding bringing a new idol: Usually every Hindu household has an idol of Sree Ganesh that is used in daily ritualistic worship. So a question may arise that why a new idol of the deity is brought during this festival of Ganesh Chaturthi only to be immersed few days later after worship? The reason being, during the period of Ganesh Chaturthi, Sree Ganesh frequencies reach the earth in very large quantities. If these frequencies are invoked in the usual idol of worship, then that idol will imbibe a tremendous amount of energy. To worship such an idol by meticulously observing all the norms of ritualistic worship throughout the year is a difficult task since one has to follow the restrictions of ritualistic worship (karmakânda). Hence a new idol is installed to invoke the Ganesh frequencies and is then immersed.

For more details on the Immersion (visarjan) do visit www.forumforhinduawakening.org