Equations and Symbolism in Vedic Scriptures 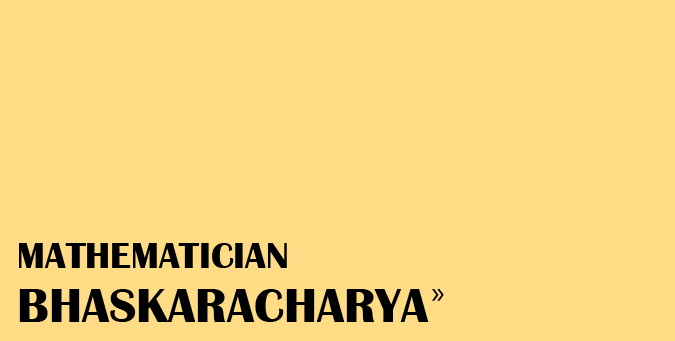 As  B.B. Dutta writes: “The use of symbols-letters of the alphabet to denote unknowns, and equations are the foundations of the science of algebra. The Hindus were the first to make systematic use of the letters of the alphabet to denote unknowns. They were also the first to classify and make a detailed study of equations. Thus they may be said to have given birth to the modern science of algebra.”

The great Indian mathematician Bhaskaracharya (1150 C.E.) produced extensive treatises on both plane and spherical trigonometry and algebra, and his works contain remarkable solutions of problems which were not discovered in Europe until the seventeenth and eighteenth centuries. He preceded Newton by over 500 years in the discovery of the principles of differential calculus.

Earlier mathematicians had taught that X/0 = X, but Bhaskara proved the contrary. He also established mathematically what had been recognized in Indian theology at least a millennium earlier: that infinity, however divided, remains infinite, represented by the equation oo /X = oo.” In the 14th century, Madhava, isolated in South India, developed a power series for the arc tangent function, apparently without the use of calculus, allowing the calculation of pi to any number of decimal places (since arctan 1 = pi/4). Whether he accomplished this by inventing a system as good as calculus or without the aid of calculus; either way it is astonishing.

Spiritually advanced cultures were not ignorant of the principles of mathematics, but they saw no necessity to explore those principles beyond that which was helpful in the advancement of God realization.

By the fifteenth century C.E. use of the new mathematical concepts from India had spread all over Europe to Britain, France, Germany, and Italy, among others.

A.L. Basham states also that: ”The debt of the Western world to India in this respect (the field of mathematics) cannot be overestimated. Most of the great discoveries and inventions of which Europe is so proud would have been impossible without a developed system of mathematics, and this in turn would have been impossible if Europe had been shackled by the unwieldy system of Roman numerals. The unknown man who devised the new system was, from the world’s point of view, after the Buddha, the most important son of India. His achievement, though easily taken for granted, was the work of an analytical mind of the first order, and he deserves much more honor than he has so far received”.

Unfortunately, Eurocentrism has effectively concealed from the common man the fact that we owe much in the way of mathematics to ancient India. Reflection on this may cause modern man to consider more seriously the spiritual preoccupation of ancient India. The rishis (seers) were not men lacking in practical knowledge of the world, dwelling only in the realm of imagination. They were well developed in secular knowledge, yet only insofar as they felt it was necessary within a world view in which consciousness was held as primary.

In ancient India, mathematics served as a bridge between understanding material reality and the spiritual conception. Vedic mathematics differs profoundly from Greek mathematics in that knowledge for its own sake (for its aesthetic satisfaction) did not appeal to the Indian mind. The mathematics of the Vedas lacks the cold, clear, geometric precision of the West; rather, it is cloaked in the poetic language which so distinguishes the East.

Vedic mathematicians strongly felt that every discipline must have a purpose, and believed that the ultimate goal of life was to achieve self-realization and love of God and thereby be released from the cycle of birth and death. Those practices which furthered this end either directly or indirectly were practiced most rigorously. Outside of the religio-astronomical sphere, only the problems of day to day life (such as purchasing and bartering) interested the Indian mathematicians.