The history of India would remain enigmatic, particularly, the remarkable phenomenon of the continuity of Indian culture through the millennia would remain a mystery if we do not take into account the role that spirituality has played not only in determining the direction other philosophical and cultural effort but also in replenishing the springs of creativity at every crucial hour in the long and often weary journey. It is true that spirituality has played a role in every civilization and that no culture can claim a monopoly for spirituality. And yet, it can safely be affirmed that the unique greatness and continuity of Indian culture can be traced to her unparalleled experimentation, discovery and achievement in the vast field of spirituality.

Indian culture has recognized spirituality not only as the supreme occupation of man but also as his all-integrating occupation. Similarly, the entire spectrum of Indian culture,—its religion, ethics, philosophy, literature, art, architecture, dance, music, and even its polity and social and economic organization,—all these have been constantly influenced and moulded by the inspiring force of a multi-sided spirituality.

The aim of IBTL by discussing this issue is to relate the need of adding spirituality & values of Indian culture to the life and Indian youth. 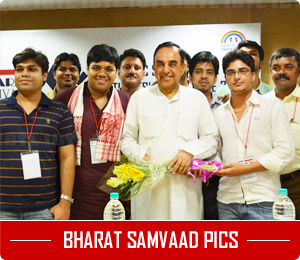