What next for Social Media Activists

One of the most vibrant and dynamic politicians India ever had, Dr. Subramanian Swamy is an academician, a diplomat, an economist and a crusader for his ideals. He has been India's Commerce Minister as well as a member of the Planning Comission. He has worked relentlessly for his ideals. He was the first Yatri to Kailash Mansarovar. It was him who produced all facts in Supreme Court which compelled the Central Government to withdraw its evil plans of breaking the Rama Setu. His fight in the 2G spectrum scam compelled A Raja to first resign and then go to jail along with Kanimozhi and several top industralists. He has been a fighter throughout his life. This is an undoubted fact that Dr Swamy is one of the craftsmen of this revolution in Social media and works as an idol & an inspiration for many patriotic tweeples. 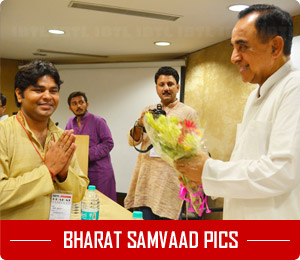