BJP may put up Anna Hazare as its Presidential candidate: Digvijay Singh 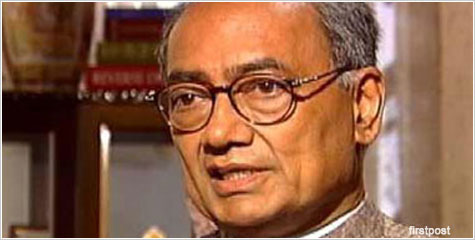 Undeterred by his opponents calling him “mentally unstable”, Congress General secretary, Digvijay Singh has continued with his tirade against Anna Hazare. Latest is that Anna Hazare is a mask of all anti-Congress parties and BJP intends to put up the social activist as its Presidential candidate. "The BJP intends to put up Hazare as the Presidential candidate of all anti-Congress parties," the Congress general secretary told reporters at the National Convention of All-India Kshtriya Federation.

Digvijay said instead of launching an agitation against Chief Minister Mayawati and SP chief Mulayam Singh Yadav for amassing wealth disproportionate to their known sources of income, Hazare had planned a three-day fast for defeating the Congress in next year's Uttar Pradesh Assembly election.