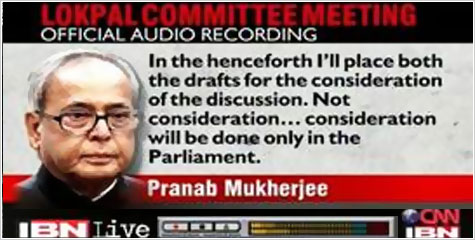 The Lokpal tapes were released by the government in response to an RTI query by CNN-IBN. Here’s the excerpts from the final round of negotiations, as published by the channel.