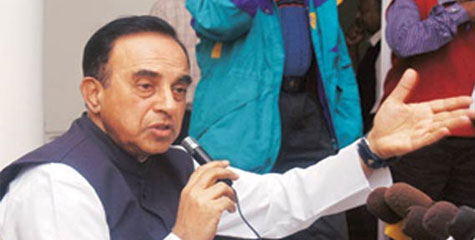 Patriotic Hindus who constitute the overwhelming majority of Indian population, feel that the draft of the Communal and Targeted Violence (Prevention) Bill as unconstitutional. I am writing therefore to you to drop from further consideration, the draft Bill of 2011 authored by Ms. Sonia Gandhi, Chairperson of the National Advisory Council. This Bill violates individual and State rights as well as the principles of equality under the law, separation of powers, innocent- until- proven- guilty principles underlying due process, and democracy.

Communal violence is a tragedy that must indeed be prevented. It mars India’s long history of religious pluralism and respect. No doubt India’s brand of pluralism is a direct extension of the inter-religious respect promoted by its indigenous and majority Hindu traditions and related faiths.

The Bill, while arguably intended to protect against and prevent such violence, unfortunately ignores obvious historical and contemporary realities, and will consequently only serve to further instigate inter-religious and communal tensions as it wrongly singles out a particular community – the Hindu majority for blame.

It is impossible to read the Bill without seeing the blatant politicization of the issue of protecting victims, with a “special focus on disadvantaged groups”: This Bill even on a quick reading exhibits the following flaws:

1. The Bill creates two “groups” of citizens. The language used in defining “group” is mischievously, vague. It is unclear as to whether a ‘group’ is a religious minority as determined by national demography or by state demographics –

(a) If the Bill intends to determine groups as religious minorities based on national demographics as seems to be the intention, it leaves unprotected large groups of religious and linguistic minorities, namely, the Hindu minority in the States of Jammu and Kashmir, Nagaland, Mizoram and Meghalaya -

Example : A dozen Hindu women in a small village are mass gang raped by a mob of Muslim men because of the women’s religious identity or ‘membership’ in the Hindu community, the Bill will fail to protect these victims.

(b): If however the Bill intends to determine groups as religious minorities based on State demographics (i.e. non-Sikhs in Punjab), it leaves unprotected religious and linguistic minorities that may constitute a minority in the context of smaller geographically definable regions such as a district, village, section of a city, despite being members of the majority according to State demographics -

Example: Two of the only Christian businesses in a predominantly Hindu village in Mizoram are boycotted by the Hindu villagers. Under the Bill, boycotts on the basis of group membership is a chargeable offence. Christians constitute a majority in Mizoram. If minority status is determined by the State demographics, the Bill fails to protect these victims.

© While linguistic minorities are presumably based on State demographics, the Bill’s language is unclear because it conjoins “religious” and “linguistic” without a logical qualifier.

(d) The way in which the Bill has defined “group” and afforded special protection on the basis fails to address and acknowledge the historical reality of communal and targeted violence perpetrated by minority groups against the majority and minority against another minority.

Example: In 2007, inter-communal violence erupted between Sikhs and followers of Dera Sacha Sauda, a distinct religious institution and followers from Hinduism, Sikhism and Islam. The Akal Takht, “the highest temporal seat of the Sikhs,” called for a “social boycott” of Dera Sacha Sauda members and of their leader, and called for a “closure of all deras” of the Sacha Sauda in the Punjab. The religious majority of Punjab is Sikh. The Bill does not deal effectively with such complex scenarios, especially where both groups can be considered minorities by national demographics or one group has members belonging to the majority, and both engage in offenses under the Bill. This Bill fails to address the complexities of communal relations.

2. The Bill will lead to uneven application across Indian States and fail to protect minority Buddhist, Sikh and SC/ST populations from communal and targeted violence in the State of Jammu and Kashmir, should the State not consent. Minority Hindus in Kashmir, who have been on the receiving end of communal and targeted violence for several decades and have been ethno-religiously cleansed from the Valley, according to this Bill would not be afforded protection as a member of the National majority, regardless of whether the State of Jammu and Kashmir consents to the Bill.

3. The Bill, in establishing a National Authority and various State Authorities, grants bodies of unelected citizens the power to interfere, obstruct, and override some of the essential functions of both National and State governments, namely law enforcement and adjudication of the law. The powers of these bodies violate basic principles of separation of powers and rights of States.

4. The Bill violates the basic common law principle of the right of the accused to confront one’s accuser by empowering the National Authority with duty to protect the identity of informants.

5. The Bill provides blanket immunity from criminal prosecution to any person who provides a statement before the National Authority, regardless of his/her role in engaging in or orchestrating violence related to the matter under investigation.

6. The Bill establishes parallel National and State Authorities creating unnecessary bureaucracy, conflicts of interest, as well as confusion, let alone violating basic principles of State autonomy and separation of powers and the rights of States.

7. The Bill usurps State police powers through broad and sweeping language, such as “through any means in whatsoever manner,” providing unchecked police and/or investigative powers to State Authorities under the Bill.

8. The Bill violates the basic common law principle of “innocent until proven guilty” by failing to provide an equivalent right for an accused to file a complaint of bias, lack of impartiality, or unfairness with the National or State Authority in general. This chapter does not lay out any procedures to protect the due process rights of the accused, including rights to a fair trial and legal representation, and ensuring investigations are conducted in a fair manner.

9. The Bill presumes that an offence is communal rather than a purely criminal act, based solely on the fact that the victim was a member of a particular community as defined under this Bill. It allows inferences to be made without imposing any burden of proof or requiring the prosecution to actually prove that the offence is a communal act.

10. The Bill removes the prosecutional burden to prove that the accused knowingly and intentionally committed an act of communal and targeted violence, and assumes, it was communal based simply on the victim’s membership in a protected group.

11. The Bill again violates the common law principle of “innocent until proven guilty,” by failing to provide any remedy to an accused in the event the Public Prosecutor shows bias against the interest of the accused.

13. The Bill denies legal remedies to any person (s) wrongfully accused prosecuted or convicted under this Bill. The Bill once again implements unnecessarily and sufficiently vague language such as “protection of action taken in good faith” by government, thus providing protection to government officials who may have acted negligently or improperly in accusing prosecuting or convicting a person (s) under the Bill.

I therefore urge the Government to reject this Bill.

The Prevention of Communal and Targeted Violence Bill as it is drafted is to target the Hindu community, and hence a blow to India’s democracy, which is secular because the Hindus of the country want it so. This Bill therefore might ignite a mass upheaval amongst Hindus that would jeopardize secularism and usher in a theocratic Hindu state. The Bill thus is a cure worse than the disease it claims to cure.