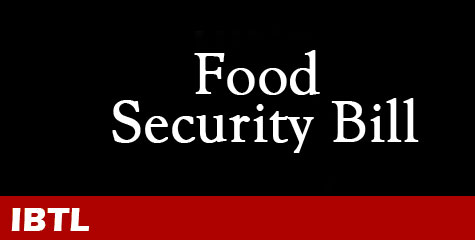 After Mamata Banerjee, agriculture minister Sharad Pawar forced the government to eat crow. On Tuesday, the Nationalist Congress Party (NCP) chief procrastinated Sonia Gandhi’s dream bill on national food security. NCP is one of the alliance partners that make up the UPA. It is reported by news agency.

Daggers were out in the morning itself when Pawar circulated a dissent note. Later in the day, after a marathon two-and-half hour cabinet meeting, it was decided to defer the decision on clearing the bill. It was also decided that a revised draft would be submitted to the cabinet.

Food minister KV Thomas said, “The Cabinet took up the bill but the discussion remained inconclusive. We are trying to introduce it in this session.” Asked if the draft bill presented by him to the cabinet will be modified, he quipped, “Yes, certainly.”

The next meeting will take place after Prime Minister Manmohan Singh returns from his 3-day trip to Russia, which begins on Thursday.

Sources said Pawar asserted that feeding over 64% of the country’s population with highly subsidised foodgrains will hit the farmers and that the government will not be able to get the due support price in future.

As many as 15 ministers took part in the discussion. Several joined Pawar in highlighting that such dole at a time when the Indian economy was in doldrums was not a wise move.

Finance minister Pranab Mukherjee and Planning Commission deputy chairman Montek Singh Ahluwalia suggested that the Bill be put on hold for the PM to decide: whether to defer it and if it had to be reworked in accordance to the various objections against it raised at the meeting.

Pawar’s dissent note on the national food security bill pointed out that the government should certainly subsidise the poor, to be labelled as “priority households” in the bill, but inclusion of “general households” would create an abnormal situation. It would damage open market prices and adversely affect the farmers.

The draft bill provides for coverage of 75% rural population including 46% priority households and 50% in urban area, 28% of them falling in the priority category.

It is reportedly said that Pawar had no dispute with providing seven kg of rice, wheat and coarse grain per head per month to the priority families at Rs3, Rs2 and Re1 a kg respectively. But giving foodgrains at half the minimum support price (MSP) to the others was not acceptable to him.

The bill also provides for cash reimbursement if the government failed to provide subsidised foodgrains because of natural calamities such as drought and floods.

The draft bill envisages the government’s food subsidy bill going up by Rs95,000 crore. However, members of UPA’s estimate are that it may go up to Rs2 lakh crore and it may become difficult for the government to procure 61 million tonnes of foodgrains year after year to give the right to food to the people.