Constitutional Right to freedom of faith, No law can impose disposal of Ashutosh Maharaj 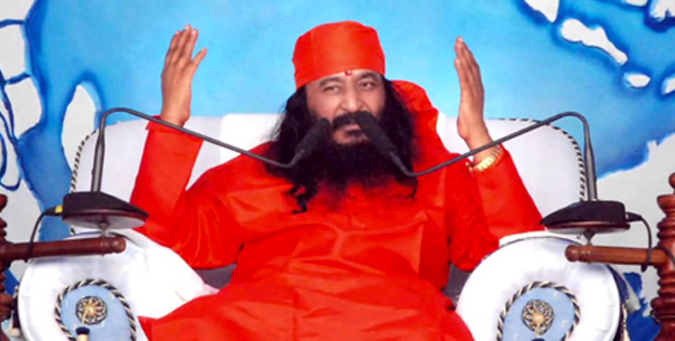 In the beginning of the hearing of Ashutosh Maharaj case, the alleged son came under attack. The Judge remarked on the alleged son that, “Lot of people acknowledge relationship because of property.” The Sansthan’s lawyer mentioned categorically that Dalip Jha never ventured to learn about his father for more than 30 years and now suddenly he asserts to be a son. This apparently appears an attempt to become a claimant to the property. However, it is to be noted that earlier Divya Jyoti Jagrati Sansthan clarified that Ashutosh Maharaj has never kept any property in his name nor does his disciples have any legal claim to it. Ashutosh Maharaj had been specific of keeping all property entitlements in the name of the Sansthan only.

The arguments are being presently advanced by the Sansthan. Senior Advocate Rakesh Dwivedi who is arguing on behalf of the Sansthan remarked that the petitioner Dalip Jha did not establish that whatever right he has claimed under the Hindu custom has any force of law that can either wish away Ashutosh Maharaj’s wish to keep his body protected when he is in Samadhi or on to his disciples to cremate his body. Rakesh Dwivedi placed in the court the provisions of the Constitution of India under Article 13 which says that a custom can be enforced upon someone only if in the territory of India it has the force of law. He argued that something happening over a period of time is one thing and compelling someone to do so is another. The lawyer also quoted the example of Transplantation of Human Organ Act which even empowers a person to donate his body or body parts for medical research after his death emphasizing that there’s no compulsion flowing from the custom of cremation. The norm of disposal of the body is not compulsive especially in case of a religious leader or public personality. He mentioned the recent burial of former Tamil Nadu CM J Jayalalitha who being an Iyengar Brahmin was buried instead of following the custom of cremation.

It was argued in the court that the Rights of the Sansthan and the disciples are fundamental rights protected under Article 25 and 26. The Sansthan and the followers cannot be denied their Right of believing their Guru to be in Samadhi until they are infringing anybody else’s right or violating the public order, morality or health. Besides this, the law cannot interfere with their belief. Rakesh Dwivedi referred to Article 26 which gives freedom to manage religious affairs subject to public order, morality and health, every religious denomination or any section thereof shall have the right (a) to establish and maintain institutions for religious and charitable purposes; (b) to manage its own affairs in matters of religion; (c) to own and acquire movable and immovable property; and (d) to administer such property in accordance with law. He surmised that DJJS is a private body and unless there’s a statutory law compelling the Sansthan to do or abstain from doing something, a writ of mandamus cannot flow.

Referring to the provisions of Article 25 which gives Freedom of conscience and free profession, practice and propagation of religion it was argued article 25 doesn’t only give the freedom to practice of religion but also to practice which an individual feel is right as per his conscience. The lawyer of the Sansthan cited several judgments of Supreme Court and read out that “even a minuscule minority has a right and it is not for a secular judge to sit over a belief and decide. It was immaterial whether such belief is acceptable or not to the Judge. No matter, however, irrational religious belief is only subject to consideration of public health, order and morality”

Challenging the complete premise of Single Bench Judgement which has ordered the cremation, the Sansthan’s lawyer explained to the Court that one hand the Single Bench said that it will not go into to the concept of Samadhi while on the other hand, he said the preservation is not the core practice of the Sansthan. It was ironical that the Single Bench did not dwell into the concept of Samadhi but held the preservation, emerging from the Concept of Samadhi not being the core practice. Sansthan’s counsel argued that, “how can we judge a practice to be core or non-core without going into the concept in detail?  He referred to the scriptural evidence on record that taking Samadhi has been a part of Hindu tradition to which that even Hon’ble Judge concurred that there have been instances of Samadhi taken by sages and there was no dispute over it.

Senior Advocate Rakesh Dwivedi challenged the findings of the Single bench which had ordered the cremation of Ashutosh Maharaj in Dec 2014. He argued that the Single Bench relied solely on three judgments for expanding the scope of article 21 for establishing that the dignity in life also means dignity in death and thus concluding that the body of Ashutosh Maharaj must be cremated. During the analysis of these judgments and observation of the Single Bench in the court today, the Division Bench itself remarked that these judgments were irrelevant to the present case. To which the Advocate of Sansthan advanced his arguments saying that since these judgments are irrelevant, the inference made from them cannot become the basis of issuing a mandamus to the State to interfere in the internal matters of the Sansthan, neither there is any law under which the State can do so.

Expanding his arguments the Senior Advocate Rakesh Dwivedi reasoned that the provision Article 21 in fact, contrary to what Single Bench has construed, apply to the followers as they have a personal liberty which is not been deprived by any law. The wish of the personality in question, i.e. Ashutosh Maharaj, must also be respected. The disciples have put the plethora of affidavits confirming that Ashutosh Maharaj had indicated and also explicitly mentioned to many disciples, about his going into Samadhi and his wish of protecting his body when he is in Samadhi. The disciples of Ashutosh Maharaj are in fact following ‘Guru Agya’ which is drawn from Vedas.

The Court inquired from the State in what condition is the body of Ashutosh Maharaj kept, to which the State replied that during the meetings with the Sansthan State had constituted a committee of doctors who had conducted for an on-spot inspection. The report of the committee mentions the body is preserved using the best method and there is no sign of any decomposition. On further being enquired by the Bench on the question of duration of which the body can be preserved safely, the State responded that as per the committee report it can be kept safely in this way for an indefinite period of time.

The Sansthan's lawyer concluded his argument by saying that why would the court want to destroy the faith of the followers by disposing off the body and leaving a thought in the society that Ashutosh Maharaj would have come back.

The case is adjourned till 7th February 2017 for further hearing.